For Talks With India, Pakistan Seeks US Help. Gets Rejected Again.

Pakistan's foreign minister was quick to evade India's reasons behind cancelling of the meeting in New York. India had highlighted how Pakistan glorified terrorists by issuing postal stamps. New Delhi had also cited the brutal killing of security personnel by Pakistan-backed terrorists. 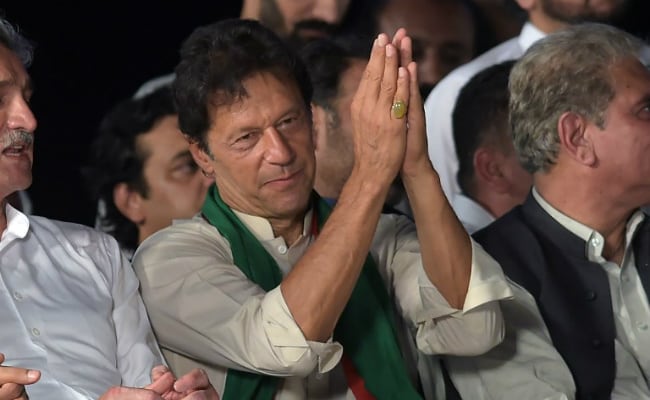 Islamabad is seeking an American role in facilitating talks between India and Pakistan because the two neighbouring countries are not engaging bilaterally, Pakistan's Foreign Minister Shah Mahmood Qureshi has said, warning that absence of such a facilitation could lead to escalation of tension.

But the latest Pakistani request in this regard has again been rejected by the US, the top Pakistani diplomat told a Washington audience on Wednesday, a day after he had meetings with US Secretary of State Mike Pompeo and National Security Advisor John Bolton, during which he raised the issue only to be pushed back by the Trump administration.

"When we asked the US, to play a facilitating role...Why do we ask? Simply because we are not engaging bilaterally. And that bilateral disengagement is...a distraction. We want to focus, we want to move on the western side of the border, which we are not being able to because we have to watch our back from eastern side (towards India). That is not a healthy situation to be in," Mr Qureshi said in response to a question at the US Institute of Peace, a US Congress-funded top American think-tank.

"Now can you (United States) facilitate? The answer from them is no. They wanted (it done) bilaterally. But there is no bilateral movement," Mr Qureshi said. He went on to warn that this could lead to an escalation of tension between the two countries.

"If that lack of facilitation leads to escalation and some of the statements that have come out of late have not been very helpful," the Pakistani foreign minister said in an apparent reference to the remarks by Indian leaders; "the so-called surgical strikes and stuff like that doesn't make sense. It does not, that's politics.. there are elections around the corner," he claimed in response to a question.

Imran Khan's new government in Pakistan, he claimed, is not shy of engaging.

Referring to the cancelling of his meeting with External Affairs Minister Sushma Swaraj in New York, he alleged that India backed off. However, he quickly evaded India's reasons for this - glorification of terrorists by issuing postal stamps and brutal killing of India's security personnel by Pakistan-backed terrorists.

"If the Indians have a better option, share it with us. If disengagement, if not talking to each other will resolve and stabilise the region, fine. If that's their analysis fine, a hassled Mr Qureshi said.

Mr Qureshi who left for Pakistan after his meetings with Trump administration officials said it is unfortunate that the two countries are not engaging. "It's unfortunate. That's the way it is. Now. What does this government want? We want normalisation. We want co-existence. You've got to recognise the reality. Pakistan is a reality. So is India. We have issues. How do we resolve them?" he asked.

After coming to power, the first speech made by the Prime Minister Khan was "that every step you (India) take towards peace, we will take two. And he meant it. It wasn't just because it sounded good. It wasn't to please anyone. He is too blunt a person to please people. He can be very straight and he can be very blunt. But he said that because he feels that way," Mr Qureshi claimed.

India has highlighted how Pakistan created the conditions for cancellation of the meeting in New York - due to Pakistan issuing postage stamps glorifying terrorists and the brutal killing of three of its security personnel by Pakistan-backed terrorists.

The Pakistan foreign minister did not mention that in his answer and only said that the stalled dialogue process is not good for the two countries and the region.

Responding to a question on India's stand that talks and terrorism cannot go together, a view which is shared by Washington too, Mr Qureshi referred to a statement by Imran Khan while he was an opposition leader and met Prime Minister Narendra Modi during a visit to New Delhi that "there would always be spoilers."

"There will always be spoilers. There will always be elements that will scuttle the process of peace. But when they do that, let us re-engage to fight them. They will push us back. But we have to see what is in our interest, what is in the regional interest. What's in Pakistan's interest," Mr Qureshi said quoting what Imran Khan had told Prime Minister Modi.