The RJD leader has appeared in three fodder scam cases. The witness, however, did not appear in any case. 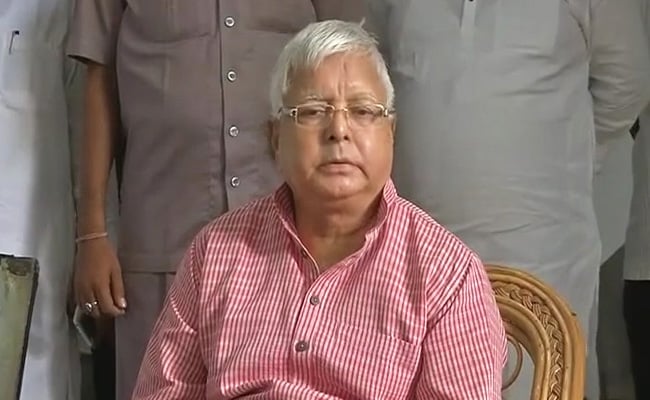 The RJD leader has appeared in three fodder scam cases. The witness, however, did not appear in any case.

Lalu Prasad, who appeared in the court on Thursday as well, has been asked to appear again on August 25. He, however, requested for a date after August 27 as his rally is scheduled in Patna.

He is appearing regularly in the Central Bureau of Investigation (CBI) courts in different fodder scam cases.

Lalu Prasad had already been convicted in a fodder scam case and he was awarded five years' sentence in October 2013. He is currently on bail.

He is accused in four cases of multi million Animal Husbandry Department (AHD) scam which is popularly known as the fodder scam. The Supreme Court had set aside the Jharkhand High Court and asked to face trail in all cases separately.

(This story has not been edited by NDTV staff and is auto-generated from a syndicated feed.)
Comments
Fodder scamLalu yadav