PM Modi arrived in Kathmandu yesterday on a two-day visit and held discussions with Mr Oli on strengthening ties between the two neighbouring countries. 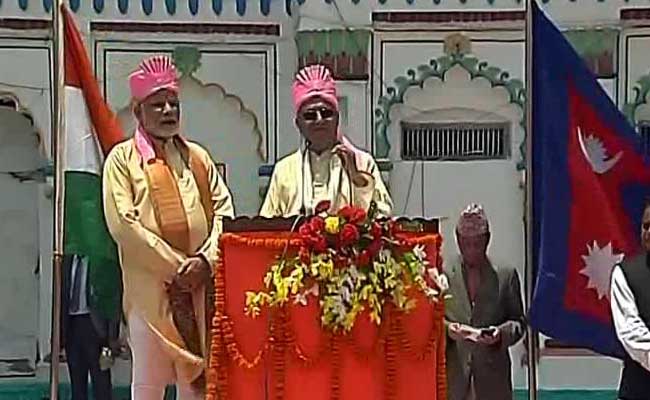 PM Modi on Friday flagged off Ramayana Circuit in Nepal.

Responding to a question at a press meet, Mr Gokhale said Prime Minister Modi had telephoned Prime Minister Oli, who was sworn to the post on February 15, to congratulate him and the visits were discussed then.

Mr Oli had arrived in Delhi on April 7, when he said the "historical" and "renewed" friendship between India and Nepal was oriented towards the future and the bilateral ties have evolved according to the "needs of times".

On questions over the timing of the visit which coincides with the high-stake Karnataka assembly election, he said, "whenever state visits take place they are decided as per the convenience of the two nations. No one prime minister alone can say that I will come at this time."

PM Modi arrived in Kathmandu yesterday on a two-day visit and held discussions with Mr Oli on strengthening ties between the two neighbouring countries.

During the visit, the prime minister also offered prayers at the famed 20th century Janaki temple, the Mukhtinath and Pashupatinath temples and attended a civic reception at Janakpur.