"I am confident that my visit will further cement our people-centric partnership with Nepal on the basis of mutual benefit, goodwill and understanding," PM Modi said. 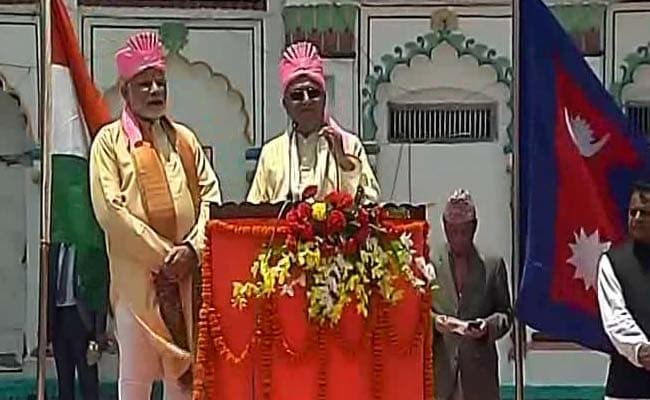 New Delhi: After a hectic poll campaign in Karnataka, Prime Minister Narendra Modi kicked off his two-day Nepal visit on Friday. PM Modi and his Nepalese counterpart KP Sharma Oli on day-1 of the Nepal visit jointly inaugurated a direct bus service between Janakpur and Ayodhya, the two sacred cities for Hindus.

"I am confident that my visit will further cement our people-centric partnership with Nepal on the basis of mutual benefit, goodwill and understanding," PM Modi said in a statement on day-1 of his visit.

This morning, he visited the iconic Muktinath temple  and Pashupatinath temple later. He will also meet political leaders in Nepal.

Here are the live updates of day-2 of PM Modi's Nepal visit.

May 12, 2018 17:11 (IST)
India, Nepal Discussing "Technical Issues" Related To Demonetisation: Foreign Secretary
Central banks of India and Nepal are discussing the "technical issues" related to return of demontised Indian currency notes, Foreign Secretary Vijay Gokhale was quoted as saying by news agency PTI.
"Our Reserve Bank and their Nepal Rashtra Bank are having discussions on that. We must understand that it is a very complex issue and a lot of time has passed since demonetisation was announced in 2016 and it is 2018 now," he said.
KP Oli on Friday requested PM Modi to allow exchange of demonetised bank notes. According to the Nepal's national bank, the Nepal Rashtra Bank (NRB), nearly 33.6 million Indian rupees in Rs 1,000 and Rs 500 banknotes -- which were junked overnight on November 8, 2016 -- but are currently in the Nepali banking channel.
May 12, 2018 17:05 (IST)
India Ready To Be Sherpa To Help Nepal: PM Modi
India is ready to be the 'Sherpa' to help Nepal scale the mountain of success, Prime Minister Narendra Modi said today, hailing the Himalayan nation's successful journey from bullets to ballots. "Nepal has covered a long journey from Yuddh to Buddh (War to Peace). You have left the bullet to opt the ballot way...But this not the destination. You have to go a long way," PM Modi told a gathering in Nepal.
"You have reached the base camp of the Mt Everest and the main climb is yet to be done. And the way mountaineers are strongly helped by Sherpas to scale the summit, much the same way India is ready to work as the Sherpa for Nepal," he said, amid applause.
May 12, 2018 17:01 (IST)
PM Narerndra Modi's visit was schduled earlier and had nothing to do with the Karnataka polls, Foreign Secretary Vijay Gokhale said today as PM Modi concludes his two-day visit to the neighbouring country. He said the "content of the meet" was more important than the dates of the visit. Read here.
May 12, 2018 13:43 (IST)
As Nepal Prime Minister KP Oli met Prime Minister Narendra Modi on Friday, he urged the prime minister to allow exchange of demonetised notes with India. Read here.
May 12, 2018 13:24 (IST)
Uttar Pradesh Chief Minister Yogi Adityanath today offered saffron scarves to the male passengers of the Janakpur- Ayodhya bus, inaugurated by Prime Minister Narendra Modi and his Nepalese counterpart KP Sharma Oli on Friday. Read here.
May 12, 2018 12:37 (IST)
PM Modi visited the Pashupatinath temple today and signed the visitors' book. 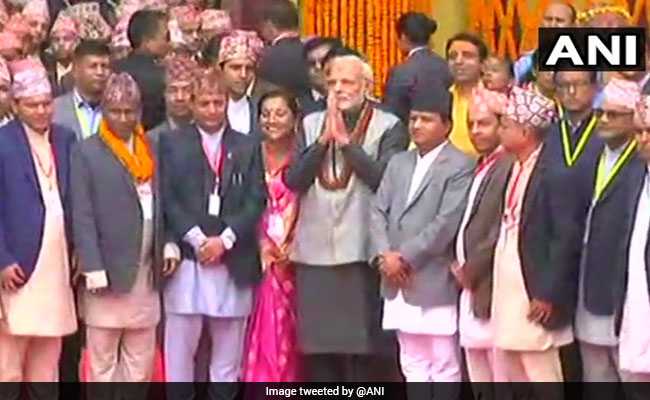 May 12, 2018 10:21 (IST)
This morning, PM Modi visited the iconic Muktinath temple in Nepal. He offered prayers at the temple that holds religious significance for both Hindus and Buddists and also played the traditional drum.

Coronavirus Highlights: No More Penalty For Not Wearing Masks In Public