The flood situation in the western Assam districts bordering Bengal is likely to worsen, with the Met department forecasting heavy to very heavy rain in Meghalaya and parts of Assam till Wednesday 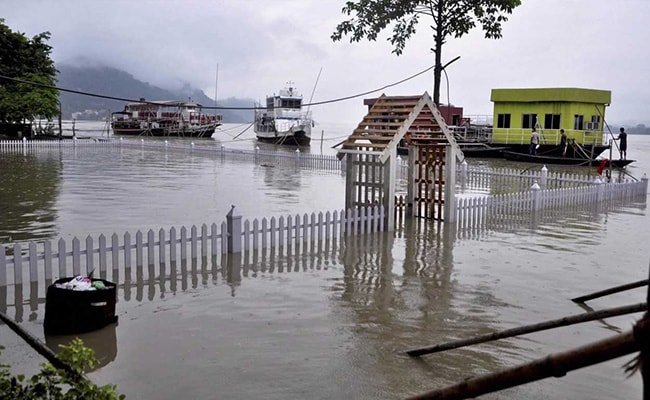 Ten more deaths have been reported in the last two days in flood-hit Assam.

New Delhi: As Assam and Bihar struggle with floods unleashed by unprecedented rains that have killed many and affected lakhs, Prime Minister Narendra Modi has promised all help to flood-hit states. Nearly 20 lakh have been severely hit in Bihar. The second wave of floods in Assam within a month has affected over 22 lakh. The flood situation is likely to worsen with the Met department forecasting heavy to very heavy rain in neighbouring West Bengal, Meghalaya and parts of Assam till Wednesday. The rail services to northeast from the rest of the country have been suspended till August 16, Northeast Frontier Railway official said.

Here are 10 updates on the flood situation in the country: