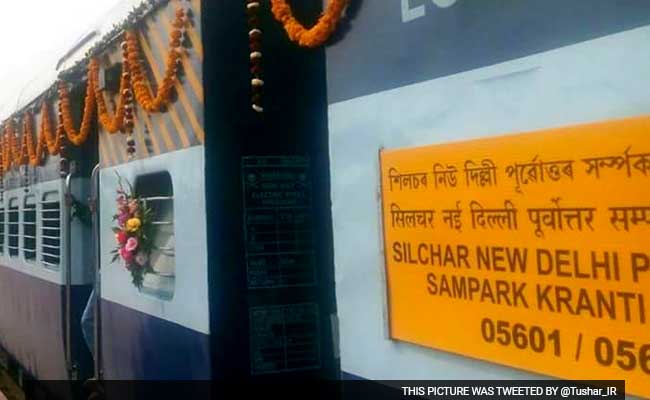 The Poorvottar Sampark Kranti Express is a weekly train that connects Silchar in southern Assam with New Delhi.

Agartala: The much awaited first commercial freight train arrived in Tripura today from Assam amid rousing welcome, ending an old demand for broad gauge railway connectivity between Tripura and the rest of India.

In presence of thousands of cheering people, besides Tripura Transport Minister Manik Dey and senior officials of Northeast Frontier Railway (NFR), the freight train with 21 wagons arrived at the Jirania railway station, 12 km from Agartala.

In his brief deliberations at Jirania railway station, Mr Dey said: "If such goods trains are operated on a regular basis by the NFR, the availability of foodgrains, transport fuels, essentials and other commodities would increase and prices would be reasonable."

"Railway connectivity is crucial for land-locked Tripura. We expect that the NFR would soon run regular passenger trains between Tripura and the rest of India as the broad gauge railway track is ready to use," the minister added.

Railway Minister Suresh Prabhu on Saturday flagged off in Silchar the Poorvottar Sampark Kranti Express, a weekly train connecting Silchar in southern Assam with New Delhi and two commercial freight trains to Agartala (Jirania) in Tripura and Jiribam in Manipur bringing the two north-eastern states on the broad gauge railway map of India. 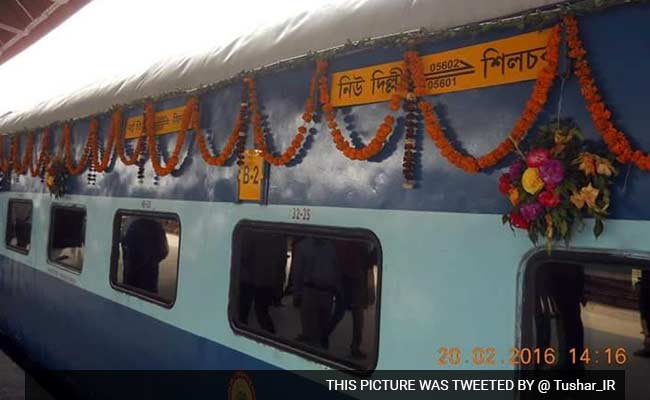 Earlier on February 1, the Silchar-Sealdah Kanchanjunga Express began operations, meeting a long-standing demand of the people to link southern Assam with the country's mainland.

The 437-km Lumding-Silchar and Badarpur-Agartala gauge conversion work was sanctioned in 1996. It was declared a national project in 2004, thereby ensuring uninterrupted funding from the central government's general budget. The project was hit by insurgency from 2006 to 2009 and works could only gain speed after that turbulent period.

The Lumding-Silchar line is the lifeline for southern Assam, known as Barak Valley, and the mountainous states of Tripura, Manipur and Mizoram. These states are heavily dependent on this railway line for supply of food grain, fertilisers, petroleum products, construction materials and other commodities.

This railway connectivity is the lifeline for millions in Tripura, western Manipur and Mizoram besides southern Assam, comprising four important districts.

Lumding is an important railway junction in Assam and falls under Guwahati-Dibrugarh broad-gauge section.

In the second phase, the 227-km Badarpur-Agartala gauge conversion was undertaken. It was scheduled to be completed in March but was completed three months earlier.

With the completion of gauge conversion work right up to Agartala, the Tripura capital was connected with the country's railway network through Guwahati with a distance of about 600 km.