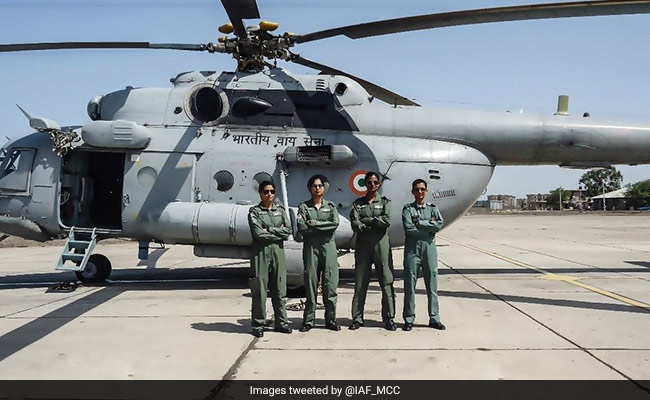 "The all women crew flew a Mi-17 V5 helicopter for a Battle Inoculation Training mission taking off and landing from restricted areas at a forward air base in South Western air command," it said.

Flying officer Aman Nidhi hails from Jharkhand's Ranchi and is also the first woman IAF pilot from the state, it added.