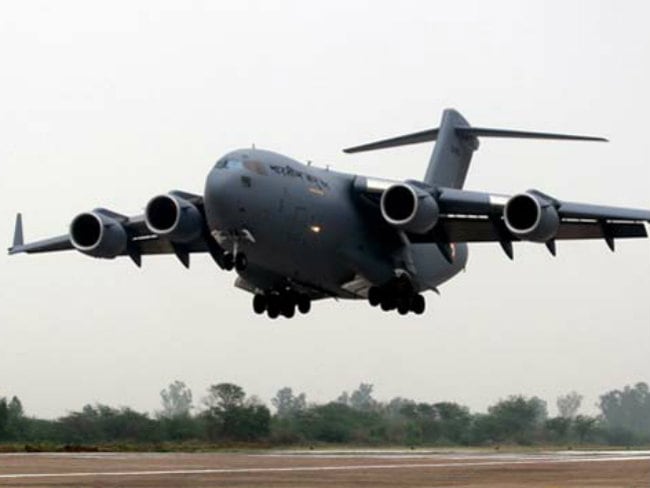 The government on Wednesday said that an Indian Air Force transport aircraft has reached Djibouti to bring back Indians who are on way to the African nation after they were evacuated from neighbouring strife-torn Yemen.

External affairs ministry spokesperson Syed Akbaruddin said that that while an IAF C-17 Globemaster has reached Djibouti, another plane will reach there soon.

"INS Sumitra to reach Djibouti with Indians evacuated from Yemen by mid-day. Arrangements in place to receive them there. 1st IAF C-17 Globemaster now in Djibouti. Another will reach soon," Mr Akbaruddin said in tweets.

INS Sumitra to reach Djibouti with Indians evacuated from Yemen by mid-day. Arrangements in place to receive them there.

A total of 348 Indians were taken to INS Sumitra and it set sail for Djibouti late on Tuesday night from Aden. Those evacuated include 101 women and 28 children.

Promoted
Listen to the latest songs, only on JioSaavn.com
Under an operation named "Op Raahat", two warships -- destroyer INS Mumbai and stealth frigate INS Tarkash -- are also on their way to Djibouti, a country neighbouring Yemen located on the Horn of Africa in the Gulf of Aden.

Severe Fighting has been going on in Yemen since January 22, when the legitimate government under President Abd-Rabbu Mansour Hadi was ousted by Shiite Houthi forces. This has provoked the recent military campaign by a coalition of 10 countries lead by Saudi Arabia. The air raids have left 83 people killed and about 350 others injured across the country.

"No One Has That Power...": Facebook India Head On BJP Hate Speech Row