Fire Breaks Out At Kumbh Mela, Second In A Week

Fire engines were rushed to the spot and the blaze was brought under control. 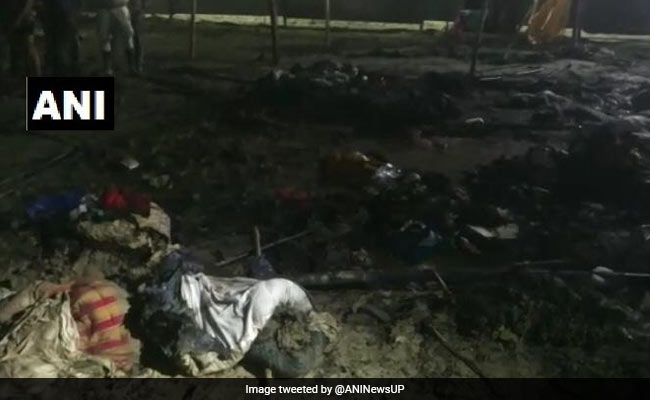 The fire started at a Kalpavasi camp in sector 13 of the Kumbh Mela.

A fire broke out at the Kumbh Mela in Uttar Pradesh's Prayagraj this evening. The fire started at a Kalpavasi camp in sector 13 of the religious fair and one pandal (tent) was damaged in the fire. No one was injured.

Fire engines were rushed to the spot and the blaze was brought under control.

Details on the cause of fire and extent of damage are awaited.

This is the second fire in less than a week at the festival.

A day before the Kumbh Mela began on January 15, fire broke out at a camp in Digambar Akhara at Prayagraj. The fire was contained within minutes and no one was injured.

The 2019 Kumbh Mela ends on March 4 and more than 10 crore pilgrims are expected to take a dip at the holy Sangam -- a confluence of Ganga, Yamuna and Saraswati rivers during the 55-day mega event.

On Day 1 of the Kumbh, referred as "Shahi Snan", around 2.2 crore people took the holy bath in the Sangam.

The Uttar Pradesh government has allocated Rs 4,200 crore for the Kumbh Mela, which is over three times the budget of the Maha Kumbh in 2013, making the mega pilgrimage the costliest ever.