Fire Breaks Out At Auto Parts Factory In Delhi, 26 Fire Engines At Site

Mundka Fire: The blaze broke out at the spare parts factory in Mundka at around 10:30 am, officials said. 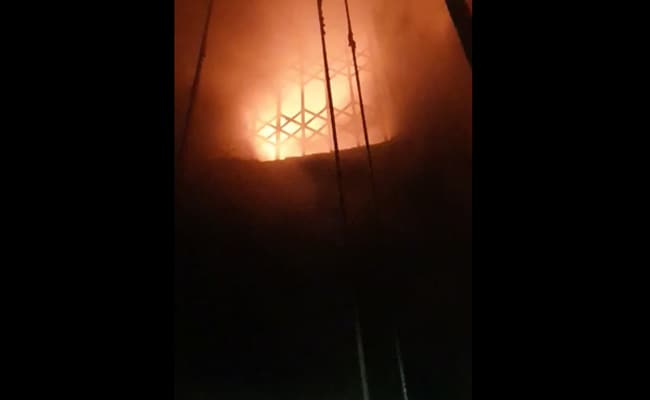 Mundka, Delhi Fire: At least 26 fire engines are at the spot.

A large fire has broken out at an auto parts factory in northwest Delhi. Twenty-six fire engines have been rushed to the spot.

The blaze broke out at the spare parts factory in Mundka at around 10:30 am, officials said.

Visuals showed the building engulfed in flames.  No casualties have been reported so far.

This is the latest incident of a massive fire at a factory in Delhi. Last month, nine people, including three children, were killed in a fire at a cloth warehouse in northwest Delhi. The building in Kirari area had no fire equipment and only one staircase.

In December, 43 people were killed when they were trapped in a massive blaze at an illegal bag-and-paper factory near central Delhi. The fire at Anaj Mandi was the second worst in the national capital after the Uphaar Cinema tragedy that left 59 dead and injured more than 100 people.

The National Human Rights Commission (NHRC) had described the Anaj Mandi fire incident as a "catastrophe" that was waiting to happen".