Six fire engines are at the spot to control the blaze. 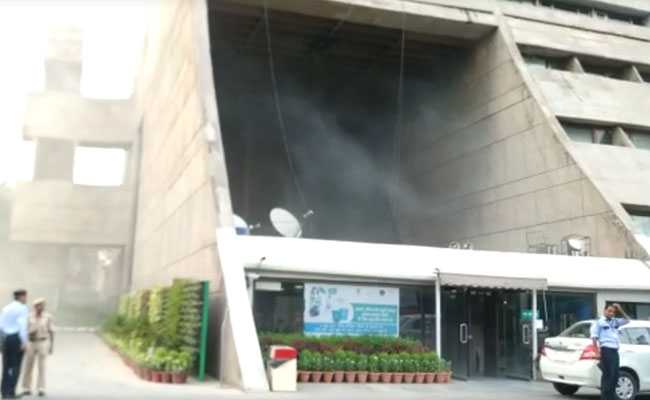 The fire started on the second floor of the building

A fire broke out at the Delhi municipal corporation building in Connaught Place area on Saturday evening, news agency ANI reported. Six fire engines are at the spot.

The fire started on the second floor of the building. It has been extinguished and no injuries have been reported.

"We received a call from the building  at 6:55 in evening. The fire was controlled within minutes and no one was injured," said Delhi Fire Service Director Atul Garg was quoted as saying by news agency IANS.

The Delhi Fire Service and New Delhi Municipal Corporation are investigating the cause of the fire.