According to the police, the accused, Ajay Yadav, had allegedly cheated several businessmen in a similar manner and was on the run since 2015. 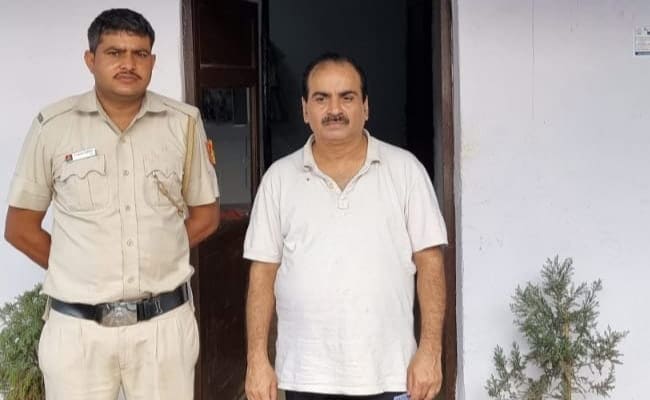 As per the police, Ajay Yadav was arrested after raids in four states.

A film producer was on Monday arrested from Uttar Pradesh's Mathura for allegedly duping a Delhi businessman to the tune of Rs 32 Lakhs on the pretext of getting him a loan of Rs 65 crores.

According to the police, the accused, Ajay Yadav, had allegedly cheated several businessmen in a similar manner and was on the run since 2015.

Yadav who was arrested by the Special Cell of Delhi Police and Kandivali Unit of Mumbai Crime Branch has duped several businessmen on the pretext of getting them sanctioned loans of Crores of rupees on cheap rates, said the police.

As per the police, Yadav was arrested after raids in four states. Following raids in Maharashtra, Delhi, Madhya Pradesh and Uttar Pradesh, he was finally arrested from UP's Mathura.

The complainant Rahul Nath running his business in the name and Style of M/s. Value Maker International Pvt. Ltd. from Okhla Industrial Area, Delhi. He told the police that he was in need of a loan amount of Rs 65 Crores to expand his business.

Nath said that Yadav represented himself as director of M/s Serene Films, a reliable Mumbai based financial consultant. Yadav assured him that he will get a loan of the amount of Rs 65 Crores approved against his property No. D-31, Ansal Vias Satbari, Delhi for 10 years on a 10 per cent per annum interest rate.

Nath had alleged that Yadav asked him to deposit Rs 18 Lakhs for the services, which was transferred to the account of Yadav's company.

He alleged that after taking the amount Yadav switched off his mobile phone and also address given by him was found to be fake.

A case was registered against Yadav in this connection at the Mehrauli police station.

The police said that on the analysis of various technical details, Yadav was traced in Mathura. Further on the basis of technical surveillance, a raid was conducted at Mathura, but Yadav was not traced at his house.

On the basis of further technical surveillance and human intelligence Yadav was traced from a flat at some distance from his house, said the police.

India Should Share Its Ancient Knowledge With The World: Dalai Lama