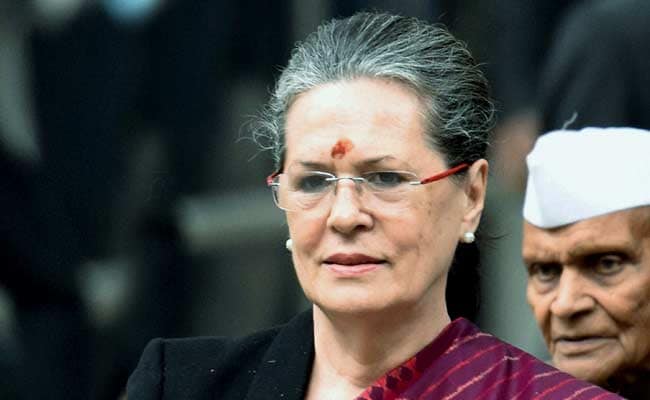 On Independence Day, Sonia Gandhi asked every Indian to unite and fight against separatism, terrorism

New Delhi: Congress president Sonia Gandhi today stressed the need for every Indian to unite and fight against separatism, terrorism and all such forces that divide and spread hatred in society.

"The need today is that all Indians in one voice should fight separatism, terrorism and all such forces who divide and spread hatred in society, and unite to protect the basic principles of Indianness," she said in her message.

She said, "I pray that this nation must always progress and move forward and we all feel proud being an independent Indian... My best wishes to you all that this 71th year will bring prosperity and happiness to all of you and will be in good health and will get immense opportunities for growth and progress."

Mrs Gandhi unfurled the national flag at the All India Congress Committee headquarters on Akbar Road in New Delhi.