Fatima Sana Shaikh starred in Kamal Haasan's Chachi 420 when she was all of five. The 'bachpan' ka pic Fatima shared today is from a couple of years before she was cast in the film 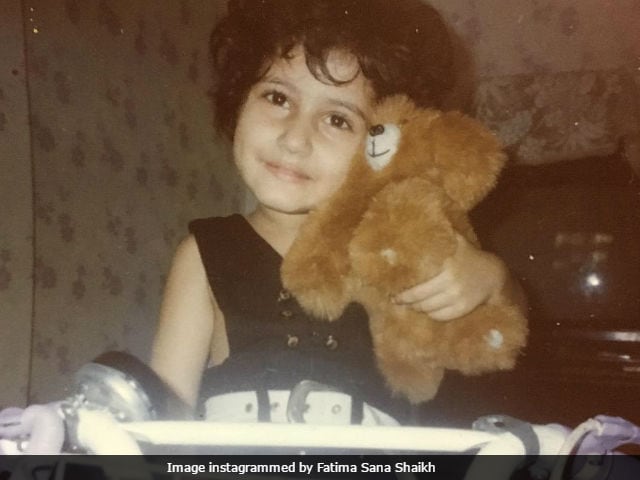 New Delhi: Throwback Thursday is our favourite because Bollywood celebs share some priceless pictures with fans on social media. This story is about Dangal's Fatima Sana Shaikh, who shared a picture of herself from her 'bachpan' and it is super adorable. In the picture, a tiny Fatima snuggles her stuffed toy, rides her bike and poses for a pic all at the same time. Fatima Sana Shaikh was all of five when she was cast in Kamal Haasan and Tabu's Chachi 420. The picture Fatima shared (timestamped 1996) is a couple of years before she stole our hearts as little Bharti in the film, which was also directed by Kamal Haasan.

Fatima Sana Shaikh relaunched her career in films by playing the role of wrestler Geeta Phogat in Aamir Khan's Dangal. Fatima, 25, won critical acclaim for her role but the actress told news agency IANS that her struggle continued even after the success of the Nitesh Tiwari-directed film. "After Dangal, I was back to square one," she said.

Promoted
Listen to the latest songs, only on JioSaavn.com
After many auditions, Fatima Sana Shaikh was selected for Yash Raj Films' Thugs Of Hindostan, co-starring Amitabh Bachchan, Katrina Kaif and also Aamir. "For Thugs Of Hindostan also, I had to go through multiple rounds of auditions till I got the film. So, we can do several films, but every film will be like a first - at least it is so for me because you start from scratch," Fatima told IANS.