The medical staff from Punjab said they are ready to provide any assistance to the protesting farmers if anyone falls ill in the cold weather. 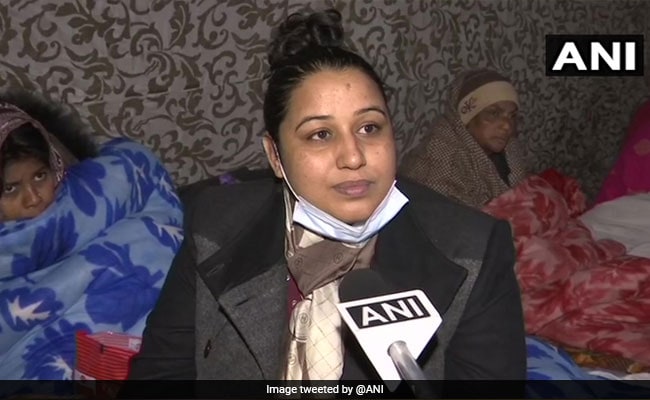 "We all are ready to serve if anyone falls ill," said Harshdeep Kaur, a nurse at Singhu border

As farmers continue to protest the centre's agricultural laws near the Delhi, nurses and doctors from Punjab on Sunday extended their support and joined the protest at Singhu border. The medical staff from Punjab said they are ready to provide any assistance to the protesting farmers if anyone falls ill in the cold weather.

"We are here to support the farmers protest. We also want to serve them if they fall ill. Medical treatment is the basic requirement for everyone because of the cold weather. We would like to help the farmers if they require," Harshdeep Kaur, a nurse from a hospital in Ludhiana told news agency ANI.

Sharing similar sentiments, Sukhman Kaur, a doctor said, "We are the descendent of Mata Gujri who was a courageous woman from Punjab. We came here to support the protesting farmers. Everybody in Punjab is only demanding the revocation of the (farm) laws," the doctor said.

Meanwhile, a group of tattoo artists from the state also set up a stall at the protest site in solidarity with the farmers. Maps of Punjab, the head of a lion, pictures of farmers harvesting crops, farm equipment, tractors are among the tattoo patterns in demand. There are tattoos with slogans and motivational quotes too, such as ''kar har maidan Fateh'' (win every battle), and ''nishchay kar apni jeet karo'' (emerge victorious with firm resolve).

Chilla border carriageway from Noida to Delhi is closed for traffic, as per Delhi Traffic Police. pic.twitter.com/zKtNCNEj3N

Farmers have been protesting at the borders of Delhi since November 26 against the Farmers' Produce Trade and Commerce (Promotion and Facilitation) Act, 2020; the Farmers (Empowerment and Protection) Agreement on Price Assurance and Farm Services Act, 2020; and the Essential Commodities (Amendment) Act, 2020.