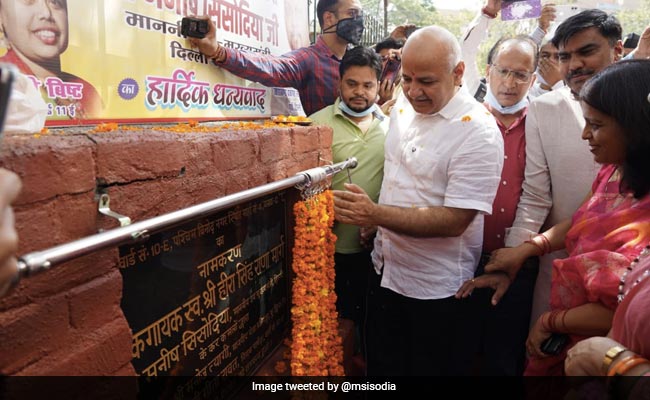 Two roads in Delhi's Patparganj assembly constituency were today named after famous personalities from Uttarakhand, where AAP has decided to contest the upcoming state polls.

Hira Singh Rana was a noted folk singer from Uttarakhand who showed the glimpses of the beauty and struggles of Kumaon through his poems and songs, the statement said.

Amar Shaheed Veer Kesari Chandra was a soldier of the Azad Hind Fauj who sacrificed his life during the freedom struggle, it said.

According to a government statement, C-Block Marg No. 4 will now be known as the Late Hira Singh Rana Marg and the road from Vinod Nagar Traffic Light to Silver Line Hospital as the Amar Shaheed Veer Kesari Chandra Marg.

"The songs of Late Shri Hira Singh Rana not only present the beauty of Kumaon, but are also reflective of the struggles of the people living in the mountains. Late Shri Hira Singh Rana wrote with great intensity about the challenges posed by mountains, discrimination spread across the mountains and the migration of residents due to lack of facilities," Mr Sisodia said in the statement.

The Deputy CM said that Amar Shaheed Veer Kesari Chandra sacrificed himself in the freedom struggle at the young age of 24.

"This (naming of roads) should inspire the younger generation to do something beyond the call of duty for the country. When people take this route, they should swell with pride. This will be a true tribute to our immortal martyr fighters," he said.