A poll of exit polls predicted a hung house in both Goa and Uttarakhand and BJP emerging as the largest party in Manipur. 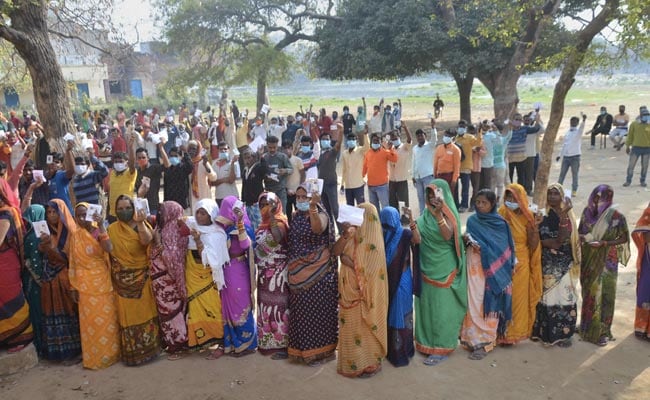 The BJP is likely to win Uttar Pradesh and the Aam Aadmi Party (AAP) may bag most seats in Punjab, a poll of exit polls indicated today after the end of voting in five states. It predicted a hung house in both Goa and Uttarakhand and BJP emerging as the largest party in Manipur. The seventh and final phase of voting in Uttar Pradesh concluded today and with this the assembly elections in the five states.

A poll of exit polls predict a BJP win in Uttar Pradesh with 242 seats. It showed Samajwadi Party winning 143 seats.

In Punjab, the poll of polls showed the Aam Aadmi Party winning the most seats. It predicted 63 seats for the AAP and 28 seats for the Congress.

A poll of exit polls indicates that both the BJP and the Congress will end up with 16 seats in Goa each leading the state for another hung assembly. Goa has a 40-member house.

In Manipur, the BJP is set to emerge as the largest party with 30 seats, predicts a poll of exit polls. Manipur voted in two phases - on February 27 and March 3 - as the elections were held for the 60-member state assembly.

Here are the Highlights on poll of exit polls: