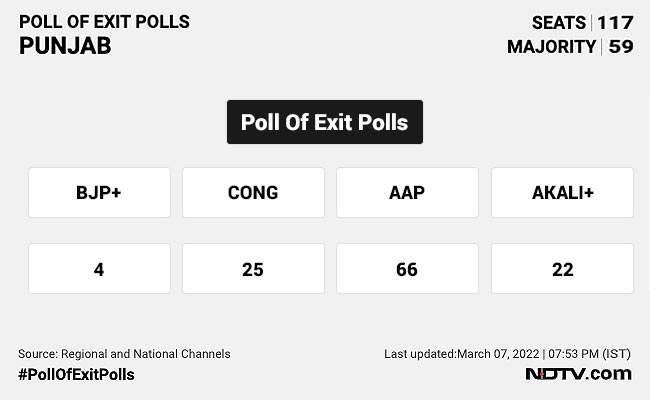 If the AAP comes to power in Punjab, it would be a massive change as Mr Kejriwal's party would run a full state unlike Delhi, which is a Union Territory.

This poll of exit polls clearly show a sweep by the AAP in Punjab.

Exit polls do not always get it right. The final results will be revealed only on March 10, when counting of votes take place.