"Imran Khan... your status is nothing more than a puppet. You are stooge having no standing of yourself. You have no respect in the world," Maryam Sharif thundered. 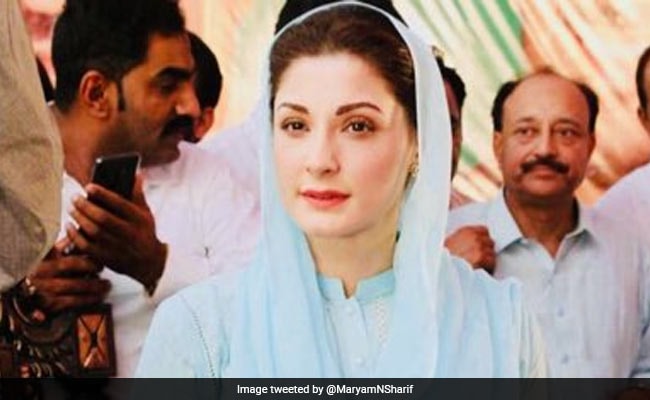 "Let me make it clear I will not call you the friend of Modi," said Maryam Sharif (File Photo)

Taking a swipe at Imran Khan, jailed premier Nawaz Sharif's daughter Maryam said Tuesday that Indian Prime Minister Narendra Modi does not give respect to his Pakistani counterpart as he did not take his call in February when the two nations were engaged in aerial combat.

Speaking at an event held in connection with Pakistan's 1998 nuclear tests here in Model Town, Maryam said Mr Khan complained that PM Modi did not attend his telephone call amid heightened Indo-Pak tensions.

"I tell the selected and incompetent premier (Khan) as why Modi and other heads of state in the world do not give you respect. Because they know that you have come to power after stealing the people's votes with the help of someone. You dance to the tune of someone," she said, referring to the powerful military establishment.

"Imran Khan... your status is nothing more than a puppet. You are stooge having no standing of yourself. You have no respect in the world," she thundered.

"Let me make it clear I will not call you the friend of Modi. We want peace with India. War is no solution to problems the two countries are facing," she added.

Tensions flared up between India and Pakistan after a suicide bomber of Pakistan-based Jaish-e-Muhammed (JeM) killed 40 CRPF personnel in Kashmir's Pulwama district on February 14.

Amid mounting outrage, the Indian Air Force (IAF) carried out a counter-terror operation, hitting the biggest JeM training camp in Balakot, deep inside Pakistan on February 26. The next day, Pakistan Air Force retaliated and downed a MiG-21 in an aerial combat and captured an IAF pilot, who was handed over to India.

Soon after the aerial combat, Khan said he tried calling PM Modi to convey that Pakistan did not want to escalate the matter.

Maryam said because of an inept and incapable prime minister, Pakistan has become a beggar country in the world.

"This inept premier has handed over the country to the IMF against some dollars."

She said it is ironic that the man (Nawaz Sharif) who made this country atomic power is in Kot Lakhpat jail Lahore and the man (Zulfiqar Ali Bhutto) who laid the foundation of atomic programme was hanged.