During the questioning, Anil Deshmukh said that he wants to tell why Parambir Singh wrote written the letter (with allegations of corruption). 'Param Satya' must come to fore, Mr Deshmukh said. 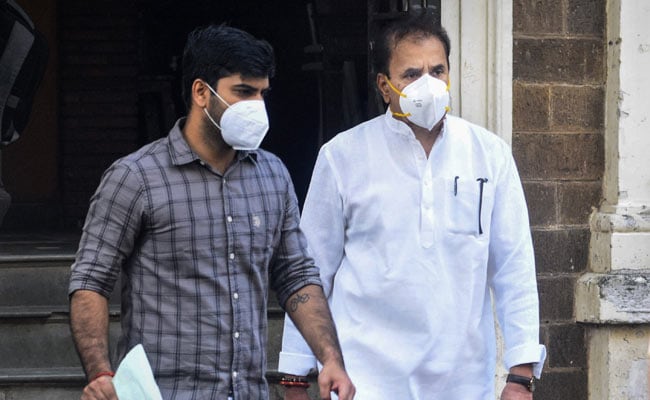 During the questioning, Mr Deshmukh said that he wants to tell why Parambir Singh wrote written the letter (with allegations of corruption). 'Param Satya' must come to fore, Mr Deshmukh said.

However, Justice Chandiwal didn't allow Mr Deshmukh to speak on the matter and asked him to seek written permission from the commission.

Mr Deshmukh and police officer Sachin Waze appeared before the Chandiwal Commission on Monday and for the third consecutive day, Mr Waze's lawyer Naidu questioned Mr Deshmukh. During the questioning said that he doesn't know who Sachin Waze is and has never met him before.

Mr Waze's lawyer said that Anand is an owner of a bar called True Tram Trunk (TTT) and is a close friend of Anil Deshmukh's son Salil Deshmukh.

The lawyer said that it was written in the message that Anand held a discussion with Salil about hookah parlor, pub and orchestra bar. "I am ready for collection. Please tell me when can we meet," reads the message.

When being questioned about the message, Mr Deshmukh said that he does not know who Anand is and does not have any clue about the said message.

Mr Deshmukh's lawyer opposed the question and said that this question holds no relevance as it is not related to the 100 crore corruption case.

Both Mr Deshmukh and Mr Waze are in judicial custody in separate cases of the National Investigation Agency (NIA) and the Enforcement Directorate (ED), respectively.

In a letter to CM Thackeray in March last year, Mr Singh had alleged that Mr Deshmukh was involved in several wrongdoings, including asking Sachin Waze to collect Rs 100 crore from bars and restaurants in Mumbai.