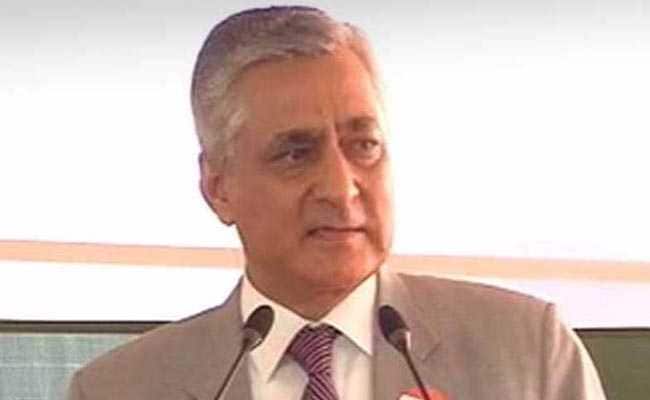 New Delhi: Former Chief Justice of India T S Thakur today spoke out against the controversial January 12 press conference held by four senior judges of the Supreme Court, saying they "need not look for outside help for resolving their institutional problems".

Justice (retired) Thakur was referring to the presser by four senior judges -- Justices J Chelameswar, Ranjan Gogoi, M B Lokur and Kurian Joseph, who had virtually raised revolt against Chief Justice of India Dipak Misra by levelling a litany of allegations against him.

They had alleged that the situation in the top court was "not in order" and many "less than desirable" things had taken place which had put the "democracy at stake".

The former CJI, who dubbed the presser as a "disturbing" event, said that the issues brought into public domain in the press conference gave the media and the politicians an opportunity to discuss matter which "ought to have been addressed and solved within the confines of the Supreme Court".

He said that when judges wanted the nation to decide issues which they could and ought to decide themselves, anyone witnessing it would feel disturbed by the development that the highest judiciary was unable to decide issues concerning its working and was taking it to the public at large.

"An appeal to the nation is not what would have helped the judges. I firmly believe that judges need not look for outside help for resolving their institutional problems. Judges have to look within and not without for guidance," Mr Thakur said.

Justice (retired) Thakur was speaking on the topic of 'Independence of Judiciary' at an event organised by an NGO, Global Jurists, founded by former Delhi High Court judge Kailash Gambhir.

The remarks of Mr Thakur came a day after retiring Justice Chelameswar shared the dais with CJI Misra on his last working day.

Promoted
Listen to the latest songs, only on JioSaavn.com
The Supreme Court has gone on a summer break and Justice Chelameswar will retire during the vacation on June 22.

The January 12 presser was held at the official residence of Justice Chelameswar.