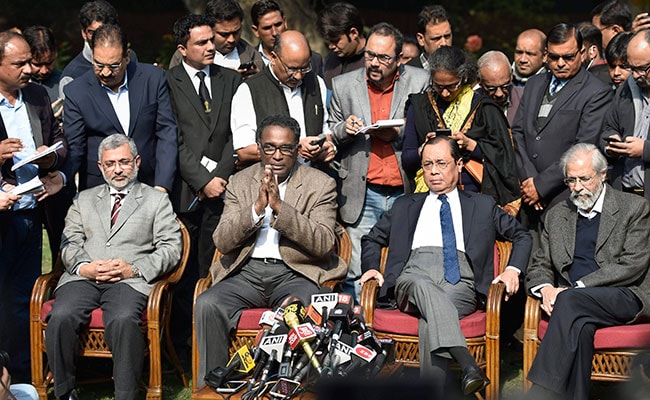 New Delhi: Justice Kurian Joseph, one of the four judges who had criticised the distribution of cases at the Supreme Court on Friday, underscored that there was "no need for outside intervention" to resolve a matter that "occurred within an institution". The remarks - the first since the unprecedented press conference by the four judges that was seen as virtual rebellion against Chief Justice of India Dipak Misra - come after a lawyers' body, Bar Council of India, said it would start meeting all judges of the top court from Sunday morning to discuss the situation.

Here are the 10 developments on this story