Ex Congress MLA was using a megaphone without prior permission from Election Commission, while addressing a gathering near Tayyab Masjid, Police said. 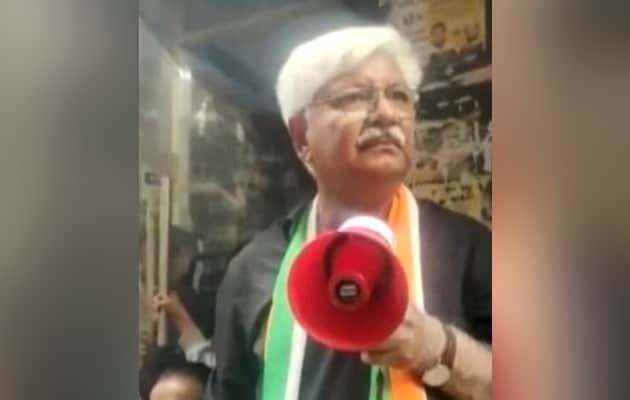 As per Delhi Police searches are being conducted at various places to search for the remaining accused.

Two others identified as Minhaaz and Saabir have also been detained by the Delhi Police, in this connection.

Khan was using a megaphone without prior permission from Election Commission, while addressing a gathering near Tayyab Masjid, Police said.

"During patrolling near the Tayyab Masjid area yesterday, a police constable noticed a gathering. One Asif Mohammad Khan, father of Congress MCD counselor candidate Ariba Khan along with his supporters was addressing the gathering using a loud hailer," said Delhi Police.

As per police when the constable enquired from the former MLA whether or not he had permission from the EC for using the loud hailer, he turned aggressive and started misbehaving with him.

"Asif used abusive language and manhandled the constable. A complaint was registered against Asif in Shaheen Bagh police station and an investigation is underway," said Delhi Police.

As per Delhi Police searches are being conducted at various places to search for the remaining accused who assaulted and misbehaved with police officers.

Poonawalla took a swipe at the Congress party for dividing the country into communal lines.

"While the Congress talks about secularism, it has since 1947 divided the country into communal lines and continues the divide and rule card," said Poonawalla in the video that he posted on Twitter.

He further appealed to the Election Commission to take the strongest action and questioned if Congress will sack the rowdy leader.

"Not only should EC take the strongest action but will Congress sack this rowdy and cancel his family ka ticket?" tweeted the BJP spokesperson.