Raman Singh's son-in-law Puneet Gupta, who was in the government service, once worked as the superintendent of the state-run DKS Hospital in Raipur. 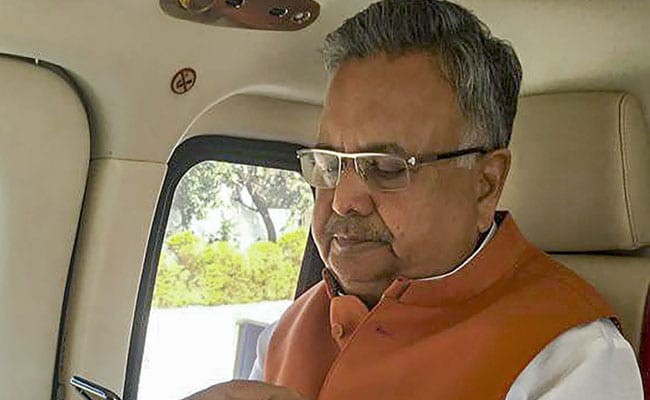 The son-in-law of former Chhattisgarh chief minister Raman Singh was on Friday charged for allegedly committing financial irregularities of Rs 50 crore during his tenure as the superintendent of a state government hospital in Raipur, police said.

Mr Singh's son-in-law Puneet Gupta, who was in the government service, once worked as the superintendent of the state-run DKS Hospital in Raipur.

In his complaint, Kishore Sahare alleged that during his tenure as the superintendent of the centre, Puneet Gupta and others had committed financial irregularities to the tune of Rs 50 crore and caused a huge loss to the state exchequer, he said.

The government had received complaints pertaining to appointment against rules in the hospital, following which an inquiry committee was constituted, Prafull Thakur said, quoting the complaint.

Later, the committee submitted its findings to the government, which revealed Gupta had allegedly misused his position and committed fraud of Rs 50 crore, the complaint said.

Puneet Gupta and others were charged under section 409 (criminal breach of trust by public servant), 420 (cheating), 467 (forgery of valuable security), 468 (forgery for purpose of cheating) and 120B (criminal conspiracy) of the Indian Penal Code, Thakur said, adding that further investigation was underway.

The names of other accused were not mentioned in the complaint and they are part of the investigation, he added.

Puneet Gupta was shifted as the officer on special duty in the Raipur Medical College after the Congress government took charge in December last.

Last month, he had resigned from the service after a case was registered against him by a Congress leader in connection with the alleged fixing of the the Antagarh assembly bypoll held in 2014 during the previous BJP regime.