Y K Sinha, the Indian High Commissioner to the United Kingdom, said the two countries must look beyond striking a free trade agreement (FTA) and achieve a congruence of views on "core issues". 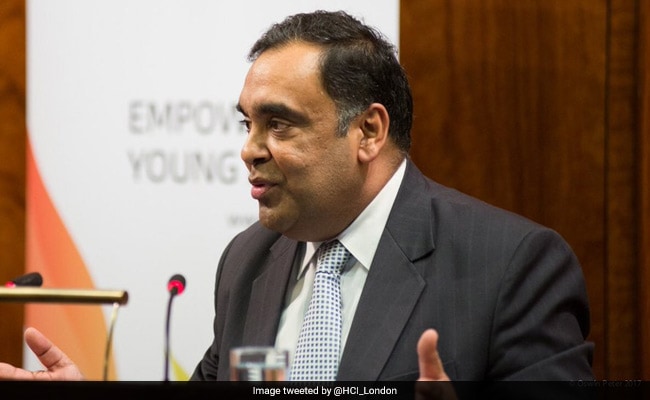 London: India has told Britain that if it does not recognise that the "epicentre" of terrorism lies on India's west then there is "very little" scope to strengthen the bilateral cooperation.

Y K Sinha, the Indian High Commissioner to the United Kingdom, who was speaking at the launch of a new book on India-UK ties titled 'Winning Partnership: India-UK Relations Beyond Brexit' in London yesterday said the two countries must look beyond striking a free trade agreement (FTA) and achieve a congruence of views on "core issues".

"A winning partnership needs to be constructive, it is not just about an FTA or cultural links. There is a lot of work to do on areas such as terrorism. For us, Af-Pak [Afghanistan-Pakistan] is our neighbourhood. The epicentre of terrorism is on our west and if that is not recognised [by the UK], then I am afraid there is very little we will be able to do together," he said.

"India has borne the brunt of terrorism for decades and until that is recognised, bilateral cooperation will not lead to too much success," the senior diplomat noted.

Describing the UK's policy in the Af-Pak region as "to set a thief to catch a thief" by trying to get Pakistan and Afghanistan talking, the Indian envoy added: "It is time to realise where the problem actually lies. It is not just us, other neighbours are also complaining. It is something that has to be recognised and not tip-toed around because if that continues, we will see that epicentre of terrorism thriving".

'Winning Partnership' is a collection of essays by around 24 authors from across the fields of politics, business, finance, strategic affairs and culture on various aspects of the India-UK relationship and its scope as Britain prepares to leave the European Union (EU).

"This book is a repository of ideas intended to open a fresh dialogue. In some ways, India and the UK are so comfortable with each other that we are in danger of falling into the trap of becoming more of a transactional relationship. The real challenge is how to convert this into a transformational one and move from a special relationship to a genuinely global one," said Manoj Ladwa, the founder and CEO of UK-based publisher India Inc. and editor of the book.

"The UK today is competing with the rest of the world to grab India's attention. It needs to have a more positive approach to issues like student migration," added Cobra Beer founder Lord Karan Bilimoria, one of the contributors to the book.
Comments
YK SinhaHigh Commission in Britainterrorism