Altogether 25 Enhanced Pinaka Rockets were test fired in quick succession against targets at different ranges on Thursday and Friday. 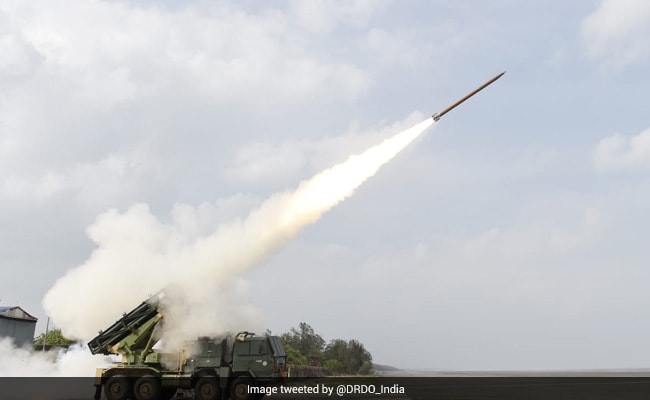 Altogether 25 Enhanced Pinaka Rockets were test fired in quick succession against targets at different ranges on Thursday and Friday.

The 122 mm Caliber rockets were launched from a Multi-Barrel Rocket Launcher (MBRL), an official said.

"All the mission objectives were met during the launches. The enhanced range version of Pinaka Rocket System can destroy targets at distances up to 45 kilometres," an official said.

In order to check the accuracy of the rockets hitting the target, all the flight articles were tracked by various Range instruments.

The development of the Enhanced Pinaka system was taken up to achieve longer range performance, officials said.

Secretary, Department of Defence R&D and Chairman DRDO, Dr G Satheesh Reddy also commended the efforts of the teams involved in the successful trials of the rockets.