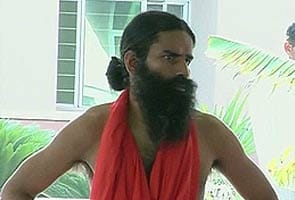 New Delhi: After forceful eviction from Delhi and his escape dressed in a woman's clothing, Baba Ramdev will now be probed by the Enforcement Directorate (ED) and Income Tax officials.

The government has asked the ED and I-T departments to look into properties and companies of the yoga guru.

Under scanner are around 200 companies in which Ramdev and his associates are involved, including Patanjali Ayurved Limited, Arogya Herbs.

The sale and purchase of land and properties are also being looked into.

Ramdev's close aide Acharya Balkrishna is a director in 34 of these companies.

Yesterday, Congress leader Digvijaya Singh said "Baba Ramdev is a thug who is misleading the nation."

Promoted
Listen to the latest songs, only on JioSaavn.com
Calling him a "fraud", Singh demanded an inquiry into the "thousands of crores of rupees" of property said to be owned by Ramdev.