The Bombay High Court had quashed the order of a special holiday sessions court which had rejected the ED's plea for extension of Amit Chandole's custody. 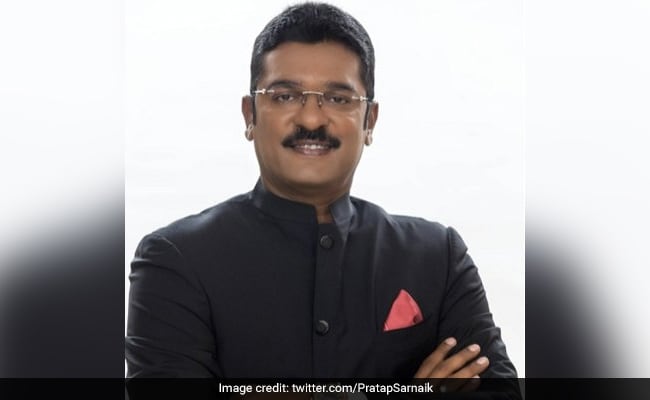 Pratap Sarnaik (above) is an accused in a money laundering case under the PMLA.

A special court in Mumbai on Monday granted the Enforcement Directorate (ED) one-day custody of Amit Chandole, an alleged aide of Shiv Sena MLA Pratap Sarnaik, arrested in a money laundering case, hours after the Bombay High Court directed it to reconsider the agency's plea for further remand of the accused.

Granting Chandole's custody to the ED till December 8, additional sessions judge Milind Kurtadikar directed that he be produced before the special Prevention of Money Laundering Act (PMLA) court on December 9 at 3 pm.

Earlier in the day, the Bombay High Court quashed and set aside the order of a special holiday sessions court which had rejected the ED's plea for extension of Chandole's custody.

Chandole is an alleged associate of Sarnaik who is an accused in a money laundering case under the PMLA.

A special holiday sessions judge on November 29 rejected the plea of the ED for extension of remand of Chandole, who was arrested by the agency on November 25.

The ED is probing Chandole's role and alleged suspect dealings with Sarnaik and a private firm providing security services.

On Monday, Justice Prithviraj Chavan of the High Court directed the special court to "reconsider" the ED's plea for further custody of Chandole and "pass appropriate orders by the end of the day".

Justice Chavan had directed all parties in the case to appear before the special court at 3 pm on Monday for the reconsideration of the ED's plea.

Judge Kurtadikar observed in his order that the ED had recovered some electronic evidence in the form of mobile and computer data, hard disks etc. since Chandole's initial custodial interrogation.

The evidence collected and witness statements made it a fit case for grant of further custody to ED, the judge stated.

Chandole's counsel Rizwan Merchant said the former also filed an application before the special court claiming his right under Article 20 (3) of the constitution to maintain silence in order to protect himself from self-incrimination.

Mr Singh had told the high court that the holiday court had erred in rejecting the ED's plea on November 29.

The Additional Solicitor General had argued that the order denying further custody of Chandole was erroneous and bad in law.

He had said that ED was required to sift through voluminous bank records, data, and paper work, including data from the MMRDA (Mumbai Metropolitan Region Development Authority) to confront Chandole with it.

The same would take time and therefore, his further custody was essential, the he had said.

Advocate Merchant had told the HC that the special sessions court had followed due procedure in rejecting ED's request for further custody of Chandole since the agency had failed to place on record, adequate documentary evidence and grounds to show Chandole's involvement in the case.

Mr Merchant had also said that the ED was insisting on Chandole's custody only to nail Sarnaik.

The Additional Solicitor General, however, had argued that Chandole was an accused in a case of PMLA, a serious offence that constituted an "organised attempt to disturb the country's economy".

He had urged the court to grant Chandole's custody for at least five or six days.

The ED had produced Chandole before the special PMLA court on November 29. The sessions judge had sent Chandole to judicial custody till December 9.

The ED will now get the custody of Chandole, who has been lodged in the Taloja jail in Navi Mumbai.

The case against Chandole and Sarnaik relates to a complaint lodged by Ramesh Iyyer, a former employee of a private security firm, Tops Security Group.

Mr Iyyer had alleged that in 2014, in a contract with MMRDA for supply of 350 to 500 guards, the security firm had given only 70 per cent guards and some amount of the amount paid by MMRDA went to private accounts of the accused.