N Chandrababu Naidu had written to various parties to sought support for TDP's no-confidence motion over non-fulfilment of promise to Andhra Pradesh. 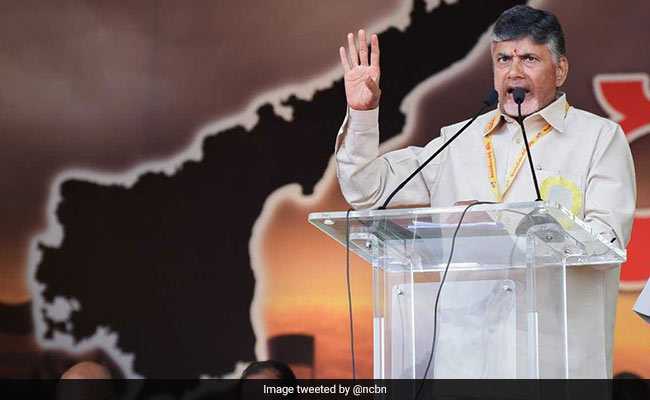 Chandrababu Naidu alleges that his Party's No Confidence Motion was not taken up deliberately. (File)

The shadow of 'no confidence motion' against the ruling National Democratic Alliance government looms large over the Monsoon Session of Parliament, starting July 18, with the Telugu Desam Party seeking the support of opposition parties for it.

TDP chief N Chandrababu Naidu has written to various parties and sought their support for the no-confidence motion his party seeks to move in Parliament against the government over the "injustice" meted out to Andhra Pradesh due to non-fulfilment of promise of granting special status to the state.

Mr Naidu said in view of the continued "adamant attitude of the BJP-led NDA government, the TDP has decided to move no-confidence motion against the Modi government again in the ensuing Monsoon Session of Parliament".

"I shall be thankful for your support in further carrying forward with the motion of no-confidence moved by our MPs. I sincerely seek your cooperation in this regard," the Andhra Pradesh chief minister wrote to them.

He alleged that the no-confidence motion moved by the Telugu Desam Party against the Modi government in March was "not taken up deliberately".

The no-confidence motions against the NDA government moved by the YSR Congress and the TDP separately during the Budget Session of Parliament could not be taken up as vociferous protests in the House over various issues had led to repeated adjournments.

Since the TDP is yet to be a part of the joint opposition after it quit the NDA, opposition parties that met today decided that in case the TDP did not press for its no-confidence motion, the Congress and other parties should move their respective motions in this regard.

Sources said leader of the Congress in Lok Sabha Mallikarjun Kharge raised the issue during the opposition parties meeting today and called for opposition support in cornering the government over various issues confronting the country.

He asked the parties to move no-confidence motions against the government in case the TDP fails to press for its motion and creates disruption, which is likely.

In his letter to opposition parties, Mr Naidu said, "I wish to bring to your notice the grave injustice caused to Andhra Pradesh due to inconsistencies in the AP Reorganisation (APR) Act, 2014 and non-implementation of the assurances made by the then prime minister on the floor of the Rajya Sabha on February 20, 2014."

"The unscientific process adopted by the then UPA government without adequate and serious consultations with key stakeholders, absence of consensus among political parties and lack of transparency while passing the APR Bill has put severe financial burden on the Andhra Pradesh government," the letter read.

He alleged the progress in implementing the six assurances made in the APR Act is "poor".

"The state government with the cooperation of all political parties in the country would put pressure on the government of India for implementation of assurances and promises narrated above. Further appropriate legal forums will be approached for the redressal of the grievance," Mr Naidu said in his letter.

Six out of the eight infrastructure projects included in Schedule 13 of the Act "remain non-starters even after four years", Mr Naidu wrote in the letter.

"The then prime minister had specially assured to accord special category status to Andhra Pradesh for five years to put the finances of the state on a firmer footing. This has not been implemented till today," the letter read.

Mr Naidu said it was unfortunate to note that the BJP-led NDA government did not even "respect its 2014 election manifesto relating to Seemandhra".

He said that Prime Minister Narendra Modi, during his election campaigns in Tirupati and Nellore towns of Andhra Pradesh, had assured to accord special category status to the state for 10 years, "but this assurance, too, has not been not implemented".

The palpable reluctance and disinterest in the implementation of the assurances and promises by the BJP-led NDA government has led to severe hardships to the people of Andhra Pradesh, Naidu alleged.

A delegation of TDP MPs has been meeting opposition party leaders to garner support for the no-confidence motion they seek to move against the Modi government.

Today, the TDP MPs met the leaders of the Telangana Rashtra Samiti to seek their support for special category status for Andhra Pradesh.

The state has been seeking special status on the grounds that it is at a disadvantage, especially because of the loss of capital Hyderabad to newly formed Telangana.

When Andhra Pradesh was being bifurcated in 2014, then prime minister Manmohan Singh had said, "Special category status will be extended to the successor state of Andhra Pradesh for a period of five years".

But the BJP, which came to power a few months later, said the 14th Finance Commission does not provide for such treatment to Andhra Pradesh.

In March, the TDP pulled out of the NDA government over the Centre's refusal to grant special status to the state.

The party has now turned into a vocal critic of the NDA and the track-record of last four years of the government.