The poll official also stated that if Naik decided to go ahead with the big, fat Goan wedding for his son, then a close watch would be kept on the goings-on inside the venue. 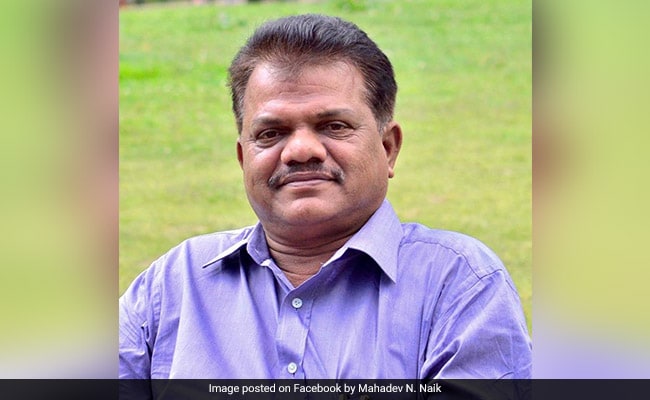 They have cited potential fears of the poll-bound politician using the event for election campaigning.

Mr Naik, a former Industries Minister, has dubbed the District Returning Officer's (DRO) "cautioning" as unprecedented, but has gone the extra mile to postpone the timing of the wedding from pre-lunch to post-lunch on April 20 -- three days ahead of the scheduled bypoll -- in order to skip the expansive lunch plans for his invitees.

Speaking to reporters, the South Goa DRO and District Collector Ajit Roy said Naik had been advised to have a closed private wedding on April 20 and postpone the reception and wedding party to a day after the bypolls that were to be held on April 23.

"We advised him to postpone this wedding because usually such events are also used for election purposes. So we told them about all the guidelines which have come from the Election Commission," Mr Roy added.

"Such events, if they are used for election purposes, then all the expenditure will be booked against the candidate's election expenditure. This has been very clearly explained to the candidate," Mr Roy said.

The poll official also stated that if Mr Naik decided to go ahead with the big, fat Goan wedding for his son, then a close watch would be kept on the goings-on inside the venue.

"In any case, if he goes ahead with the scheduled wedding of his son, then we will keep a close watch on it. We will ensure that no violation takes place and if there is any violation, we will take immediate action," Mr Roy added.

Mahadev Naik claimed that such vigil by the poll authorities, on an event as pious as a wedding was unprecedented.

"The wedding cannot be postponed in any condition. They (poll officials) should do their jobs. They should video-graph to keep an eye on the expenditure of the wedding. What I have done is, the mahurat was for 12.38 p.m., I have postponed it for 3.02 p.m., so that we need not offer food to the visitors," Mr Naik told IANS.

"My opponents had complained to the Election Commission because they know I am winning. This is not right. It must be the first time in history that such a thing is happening," Mr Naik said.

The Congress has slammed the state poll authority for interfering in a private event organised by their leader and going overboard.

"How does a wedding ceremony of a private individual, even though it is being organised for the son of our Shiroda bypoll candidate, affect the elections? We protest this interference. The election authorities have exceeded their brief in this case," Congress spokesperson Trajano D'Mello told IANS.