Would've Supported Akhilesh Yadav If He Was In PM Race: Dinesh Lal Yadav 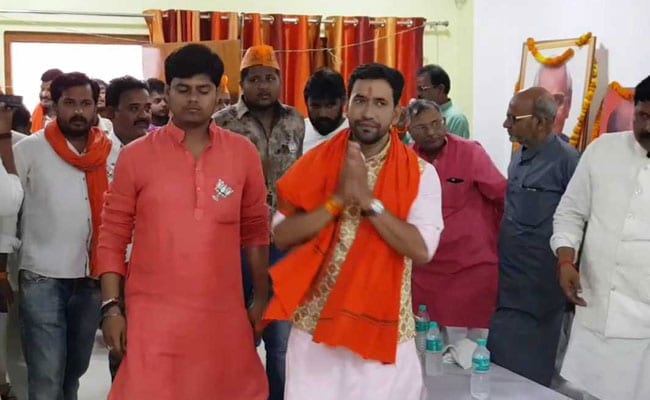 Bhojpuri actor Dinesh Lal Yadav, the BJP's candidate against Akhilesh Yadav in Azamgarh, has said he would have supported the Samajwadi Party chief or its patriarch, Mulayam Singh Yadav, if they had been the prime ministerial candidate.

In an interview to news agency PTI, Dinesh Lal Yadav, who is popularly known as Nirahua, alleged that Akhilesh Yadav and the SP had created an "anti-national" image of the Yadavs, saying the "blind supporters" should of the party president should understand this.

"But he (Akhilesh) is not in the race. He wants to make such a man (Rahul Gandhi) prime minister who says if his party (Congress) comes to power, then it would withdraw troops from the borders and scrap the sedition law," he added.

The apparent reference was to the Congress' manifesto proposal of reviewing the Armed Forces (Special Powers) Act and scrapping the sedition law.

"If you (Akhilesh) would have been the prime minister candidate, then it would have made sense to fight against Modi. You don't want to become a prime minister and still want to lower the pride of the Yadavs. Do you want to say that Yadavs are against the nation?" Dinesh Lal Yadav asked.

The actor-turned-politician underscored that nationalism was the biggest issue in the election, alleging that the Samajwadi Party was against nationalism and did politics of "appeasement".

"Akhilesh is dubbed a Yadav leader.... If you have become an identity of the Yadavs, then why are you lowering the identity? Why did you forge an alliance (with the BSP, RLD) to stop an honest person (Modi)?" he asked.

The BJP candidate said Akhilesh Yadav's political equations in Azamgarh has turned on its head, claiming that Prime Minister Narendra Modi's work and schemes had reached every people''s house in the Uttar Pradesh constituency.

"People have already made up their minds," he said. "Have come here to end the politics of caste and dynasty."

Dinesh Lal Yadav said he would not quit politics or the BJP if he loses.

And, if he wins, the actor said he would shoot most of his films in the constituency.

Azamgarh goes to polls in the sixth phase of the Lok Sabha election on May 12.