The BJP-Shiv Sena combine won 41 of the 48 Lok Sabha seats in Maharashtra, while the Congress bagged one seat and NCP four seats. 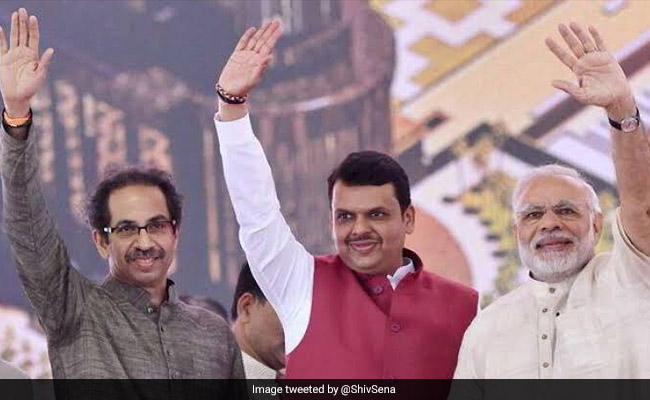 The BJP-Sena ruling alliance had secured 42 seats in 2014 elections. (File)

The BJP-Shiv Sena combine won 41 of the 48 Lok Sabha seats in Maharashtra, while the Congress bagged one seat and NCP four seats.

Two Union ministers and two former chief ministers were among those who lost the election, which saw the Sharad Pawar-led NCP managing to retain its tally, while the Congress bagged just one seat, down from two it won in 2014.

The BJP-Sena ruling alliance had secured 42 seats in 2014 elections.

The AIMIM got its first MP from the state as its nominee Imtiaz Jaleel won from Aurangabad, defeating the Sena nominee Chandrakant Khaire.

The Sena made inroads in Kolhapur, snatching it from NCP but its sitting MPs from Amravati, Aurangabad and Shirur were defeated. The Sena''s lone Union minister Anant Geete lost to NCP's Sunil Tatkare in Raigad Lok Sabha seat.

NCP won four seats this time as well, but lost Kolhapur and Madha and gained Shirur and Raigad seats. The BJP and Shiv Sena contested 25 and 23 seats respectively. Congress fielded its candidates in 25 seats while NCP contested 19 seats. The Congress-NCP had shared the remaining four seats with their allies.

The BJP suffered a setback in Chandrapur, where Union minister Hansraj Ahir lost to Suresh alias Balu Dhanorkar of the Congress by a margin of 44,763 votes.

This is the only Lok Sabha seat won by the Congress in Maharashtra, which sends 48 members to the Lok Sabha. Dhanorkar, a sitting Shiv Sena MLA before joining the Congress ahead of elections, secured 5,59,507 votes, while Ahir got 5,14,744 votes.

Navnit Rana, who contested as an independent from Amravati won the election against Sena veteran Anandrao Adsul.