In 2014, Manoj Tiwari had won from North East Delhi, having sizeable Purvanchali and Muslim voters, by defeating AAP's Anand Kumar by 1,44,084 votes while riding on the Modi wave. 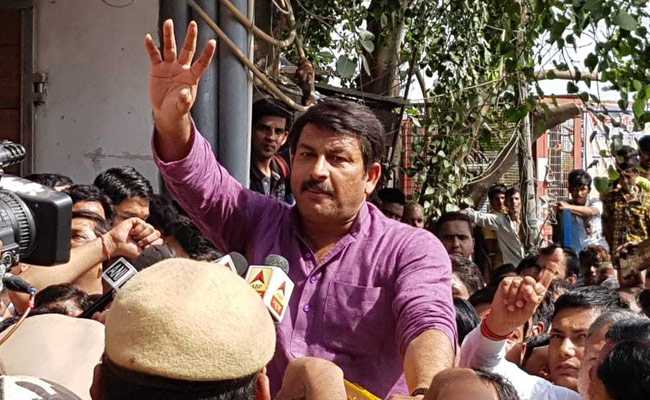 From losing to BJP in the 2009 Lok Sabha polls as an SP candidate to becoming the party's Delhi chief, life has come a full circle for Bhojpuri singer and actor Manoj Tiwari, who retained the North East Delhi seat comfortably with a margin of over 3.66 lakh votes.

In 2014, Mr Tiwari had won from North East Delhi, having sizeable Purvanchali and Muslim voters, by defeating AAP's Anand Kumar by 1,44,084 votes while riding on the Modi wave.

With Mr Tiwari's stature rising in the party, his performance this time was even better as he defeated Congress veteran and former Delhi Chief Minister Sheila Dikshit by a margin of 3,66,102 votes.

While Mr Tiwari had billed the contest with Ms Dikshit as one of the "most interesting" in the country, the Congress leader did not even come close to giving him a fight during the counting of votes.

Under the aegis of Mr Tiwari, the Delhi unit has witnessed many highs, including winning the civic polls in 2017, where the party fought against anti-incumbency and the 2019 Lok Sabha polls, where the party saw an increase of its vote share from 2014.

In 2014, the party had a vote share of 46.4 per cent but under Mr Tiwari, the party strengthened its base in the national capital with a vote share of 56.6 per cent, which augurs well at a time when the assembly elections are round the corner.

Using his music and Bhojpuri lingo, he wooed the Purvanchali voters, with a promise of building Delhi as "the best" capital. Mr Tiwari said they (BJP) were sure of a victory but did not expect such a "huge" margin.

"We were confident of the victory but were not expecting this kind of huge margin. I am indebted to the voters for imposing their faith in us.

"The kind of treatment that AAP has always meted out to me, the public has observed it and voted accordingly. We have crossed the first hurdle in Delhi and will now gear up for the second one in February (Assembly elections)," Mr Tiwari told reporters.

The singer and actor has been quite active in attacking Delhi Chief Minister Arvind Kejriwal and was allegedly involved in creating a ruckus at the inauguration of Signature Bridge in the capital last year.

He had registered his protest at not being invited to the inaugural event of the newly-built city landmark.

The northeast Delhi constituency, which has around 22.89 lakh voters, faces the problems of lack of development in unauthorised colonies, bad roads and poor quality of water.