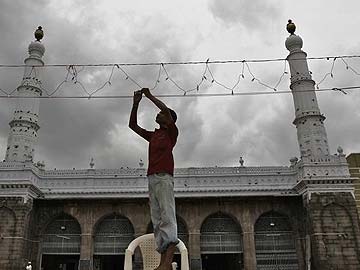 New Delhi: Forecasts of 2014 being an El Nino year have caused concerns around its impact on monsoons, thereby on agricultural output and thus food inflation. Although this theory sounds "logical" it is not necessarily going to follow the same pattern this year though, says a UBS research report.

According to UBS, the impact from any potential weak foodgrain output in 2014 from El Nino will, thus, largely also depend on the new government policy on MSP increases and usage of food stock.

India is expected to see below normal monsoon this year with Met department forecasting 95 per cent rainfall after a good spell of four years.

India Meteorological Department (IMD) officials said the monsoon is expected to be below normal because of the El-Nino effect, which is generally associated with the warming of ocean water.

Moreover, high foodgrain stock levels, if used, have also helped tame inflationary pressures in the past. India's foodgrain stock currently is at above average levels and impact from any potential weak foodgrain output in 2014 from

El Nino would largely also depend on the new government policy on MSP increases and usage of food stock. "We have an anti-consensus view that inflation as measured by CPI is likely to moderate as both macro and micro factors are supportive," UBS said, adding: "We however believe that changed political economy is likely to ensure that any new government's response will more likely be towards containing inflation."

Promoted
Listen to the latest songs, only on JioSaavn.com
El Nino refers to the warmer-than-average sea surface temperature in the central and eastern tropical Pacific Ocean. This condition occurs every 4-12 years and had last impacted India's monsoon in 2009, leading to the worst drought in almost four decades.