All You Didn't Know About E-Cigarettes. Nirmala Sitharaman's Explainer

E-Cigarettes Banned: The use of nicotine in most e-cigarette brands as well as the emergence of different flavours, along with reports of many other health risks including severe lung illnesses associated with vaping has made e-cigarettes as controversial as tobacco itself. 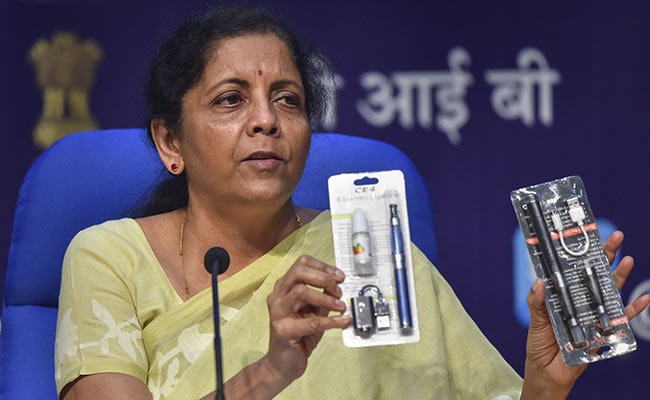 E-cigarettes Ban: Nirmala Sitharaman highlighted how "easy" e-cigarettes are to use (PTI)

Ms Sitharaman, announcing the ban, condemned the use of e-cigarettes as a "style statement" adding that the "habit" of vaping "seems cool".

"Reports say that there are some who are probably getting into the habit of e-cigarettes as it seems cool. It is believed that there are more than 400 brands, none of which is manufactured yet in India. And they come in over 150 flavours," Ms Sitharaman said.

"It is Electronic Nicotine Delivery System or ENDS, the formal technical name of e-cigarettes," said Ms Sitharaman. "This decision is taken keeping in mind the impact e-cigarettes is having on the youth of today." 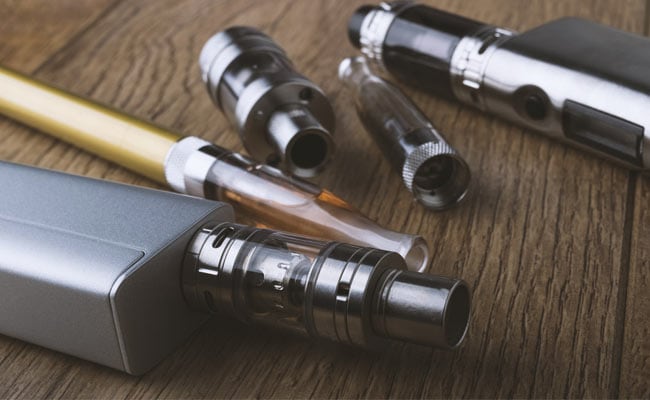 Afterwards, Ms Sitharaman showed "how simple and how easy" e-cigarettes are and then proceeding to show different features of e-cigarettes.

While vaping is slowly catching on in India, it is not considered to be at par with smoking yet, which results in the deaths of more than 9 lakh die every year from tobacco-related illnesses.

Over 10 crore people in India smoke, a figure which is only second to China in the world.

The citing of controlling a potential "epidemic" was given as the reason by Ms Sitharaman for banning the use of e-cigarettes.

Banning alternative smoking devices like e-cigarettes, heat-not-burn smoking devices, vape and e-nicotine flavoured hookahs was among the key priorities of the first 100 days agenda of the Narendra Modi government in its second term.

E-cigarettes had initially emerged as a safer alternative to traditional smoking after activists world-over raised questions over the addictive nature and health-related risks involved in smoking tobacco.

However, the use of nicotine in most e-cigarette brands as well as the emergence of different flavours, along with reports of many other health risks including severe lung illnesses associated with vaping have made e-cigarettes as controversial as tobacco itself.

E-cigarettes do not burn like traditional cigarettes, but utilise instead a liquid which burns into vapour when used. The liquid used comes in several flavours, from fruit-based flavours, to coffee, cotton candy and bubblegum, which young men and women potentially find appealing.

Experts argue that while e-cigarettes do not contain an estimated 7,000 chemicals, including tar present in tobacco, a number of substances which the liquid contains could be potentially harmful. Those in favour of vaping also argue for e-cigarettes being an odourless alternative as well as causing less pollution.

More than 3.6 million students in the US have caught on to the fad in 2018, according to news agency AFP, resulting in a spike of 1.5 million users from 2017.

While e-cigarettes have been on sale in the US for more than a decade, vaping-related illnesses only started increasing this year, according to the Washington Post.

Patients experience coughing, complain of shortness of breath before their condition worsens enough for them to be hospitalised, according to the US' Centers for Disease Control and Prevention, reported the Washington Post.

Nausea, vomiting, diarrhea, fatigue and weight loss are some of the other symptoms discovered emerging from vaping, according to the Washington Post.

After a necessity to find out why the US' young population has started to suffer from such lung-related illnesses, New York became the second state to ban flavoured e-cigarettes, just a day before the ban in India.