"Duty-Bound" To Protect People Of All Communities: Meghalaya Tells Punjab

Some newspapers had reported last week that an outlawed organisation had issued a threat to the settlers of the Punjabi Lane area in Shillong. 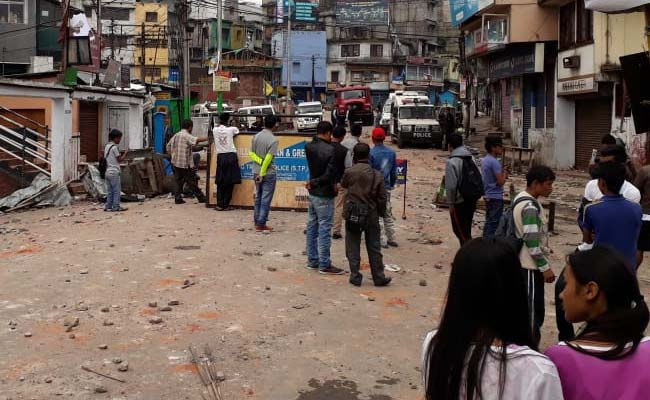 An incident of assault in the Punjabi Lane area in May-June, 2018 had resulted in group clashes. (FILE)

The Meghalaya government assured a Punjab government delegation on Thursday that it was "duty-bound" to protect the people of all communities living in the state.

The MP is part of the delegation sent by Punjab Chief Minister Amarinder Singh to meet representatives of the Meghalaya government and the settlers from the northern state in the Punjabi Lane area in Shillong to instill a "sense of confidence" among them.

The delegation arrived in Shillong yesterday to check upon the situation after the settlers were served notices by the state authorities to prove ownership of their land.

Some newspapers had reported last week that an outlawed organisation had issued a threat to the settlers of the Punjabi Lane area.

"There was some kind of a threat. The settlers told us about their fear. They have received some threats from an outlawed organisation and we tried to instill confidence in them. They have full confidence in the Meghalaya government and the process it has undertaken," Mr Gill told reporters after meeting the state home minister.

The Punjab MP also said the Meghalaya government was sincere in its efforts to settle the issue "once and for all".

"The home minister made it very clear that the government is bound to take care of the people of all communities residing in the state.

"The Meghalaya government is sincere and wants to restore normalcy. It wants to come up with a long-lasting solution and settle the issue once and for all," he said.

The delegation also submitted a letter from the Punjab chief minister that was addressed to Meghalaya Chief Minister Conrad K Sangma.

The Meghalaya home minister told reporters later that the delegation had raised concerns on the safety and security of the Sikhs living in Shillong in the light of certain threats issued against their community. "I have given them an assurance that we are taking all possible measures," he said.

The minister also said some misinformation was doing the rounds and the government will take firm action against rumour-mongers.

The Punjab chief minister had personally taken up with his Meghalaya counterpart the issue of security of the Punjabis settled in Punjabi Lane.

Meghalaya Chief Secretary PS Thangkhiew had informed the Ministry of Home Affairs last week that the state government had assured safety to the Punjabi settlers in Shillong.

An incident of assault in the Punjabi Lane area in May-June, 2018 had resulted in group clashes, following which the entire area and certain sections of the city were put under a curfew for over a month.

A month after the clashes were reported, the Meghalaya government had appointed a High-Level Committee (HLC), headed by Deputy Chief Minister Prestone Tynsong, for recommending a long-term solution to the issue.

On the committee, the Punjab MP said, "The HLC is doing its job and we hope it will be completed soon. The government will come up with the results. They are looking into the matter. If there was some trust deficit, we want to ensure that everything is fair."