Dussehra 2020: The cheer is missing as most Ramlila performances have either been cancelled or recorded for digital viewing. 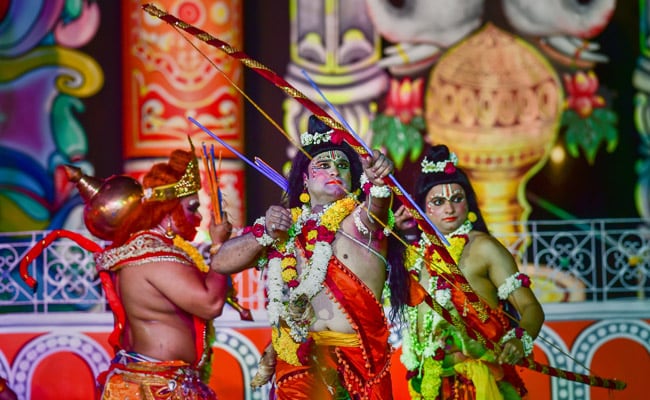 Ramlila 2020: Most events have either been cancelled or recorded for digital viewing

The nine-day Navratri culminates in Dussehra and people eagerly wait for Ramlila events. Each year, as evenings lengthen and nights fill with the sweet smell of the 'saptaparni'' tree, parks and open spaces across north India come alive with the lights and sound of Ramlila. This October is different. The cheer is missing as most Ramlila performances have either been cancelled or recorded for digital viewing. It will be a form of retelling the epic of good vanquishing the evil with the dos and don'ts of a pandemic. So, Ram is given a corona test at birth, Shiva's bow is sanitised in the scene of Sita's swayamvar and Bharat is behind a mask when he meets Ram in the 'Bharat Milap' sequence at the Vishnu Avatar Ramlila Committee's version of the mythological tale in Delhi's Shastri Park.

"We have tried to make sure that our Ramlila does not get cancelled for not following any rules. With these changes in the story we are also creating awareness among the public," Prempal Singh, chief of the Vishnu Avatar Committee, told news agency PTI. The lights strobe in rhythm to the music adding to the atmosphere of dread and drama as always and the actors are dressed in character. But this is Ramlila in a new avatar with fewer artistes on stage and some even wearing PPE kits. 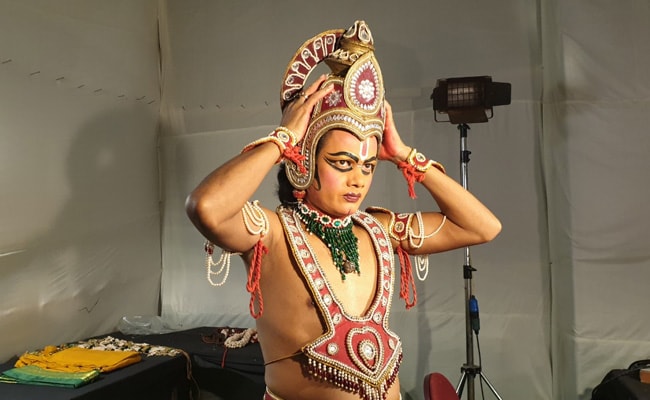 Ramlila 2020: Organizers are trying follow Covid rules and make sure their events are not cancelled

"In the scenes where we had 20 artistes earlier only five or 10 are on the stage now. Similarly, in the audience there are fewer chairs, placed at six feet distance from each other. At the entry we will distribute sanitisers and masks to all the visitors," Mr Singh added.

The Shastri Park committee is among the few that quickly adapted to the times. With formal guidelines to organise Ramlila in the city announced only on October 11, just a week before the nine-day theatrical production begins, most organisers couldn't arrange the required licences and permissions on time.

"We had made some small preparations beforehand, like booking a venue and erecting the tent, getting the coronavirus tests done on the crew. And after the guidelines were announced, we worked day and night to get all the permissions," Mr Singh added. 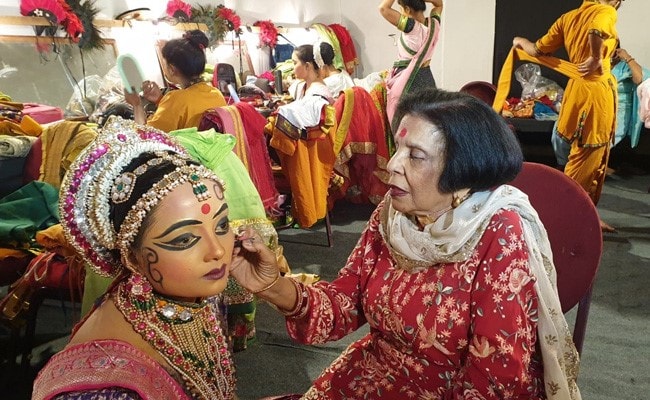 Ramlila 2020: Dussehra will be low-key due to the pandemic. Covid protocols have to be followed (file)

The Sanskriti Kala Sangam, which has been providing actors, dancers and supporting crew to organisers for 15 years, did not receive any invitation from anywhere this year so its director Yash Chauhan decided to tell the story through digital media. The Sangam has performed in places such as Ayodhya, Chitrakoot, Meerut and Rohtak over the years. Mr Chauhan, who finished shooting his depiction of the Ramayana on the banks of the Yamuna in Delhi a few days ago with a limited number of actors, is broadcasting the Ramlila on YouTube and Facebook for four days from Thursday till Dussehra on October 25. He managed to shoot Ramlila in accordance with Home Ministry guidelines.

"How can we maintain social distance on stage? How can you show Bharat Milap without Ram and Bharat hugging each other," Mr Chauhan asked. The episode in the Ramayana shows Bharat trying to persuade his elder brother Ram to return to Ayodhya from exile and take his rightful position as the new king. Mr Chauhan also complained about the lack of a live audience.

"Yes, we will be getting comments and 'likes' on our videos but that can't be compared with the sound of applause from hundreds of people. Each applause increases our excitement on stage. That instant acknowledgement for our craft is missing," Mr Chauhan said. 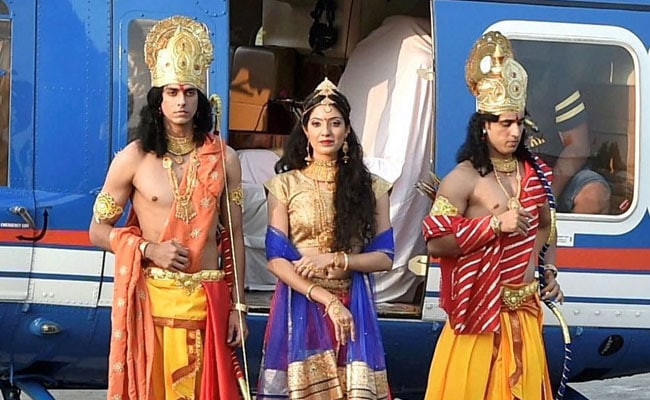 Ayodhya Ramlila: Ram, Lakshan and Sita in their costumes ahead of performance (file photo)

The Shriram Bharatiya Kala Kendra (SBKK) at Mandi House also managed to stage the 'Sampoorna Ramlila' for the 64th year by housing the crew at a hostel and testing them for COVID-19 every 15 days. "We kept rehearsing for the last two months without thinking about the possibility that it may get cancelled. We were continuously being tested for the infection, maintained social distance and stayed at a hostel instead of going home every day," said Rajkumar Sharma, who plays the role of Ram at SBKK's Ramayana.

Another grand scale Ramlila is being organised on the banks of the Saryu River in Ayodhya, believed by devotees to be the birthplace of Ram. The star-studded 'Ayodhya ki Ramlila'', for telecast on Doordarshan, YouTube and other social media platforms, sees Delhi BJP MP and actor Manoj Tiwari playing the role of Angad (Ram's emissary), Gorakhpur BJP MP and actor Ravi Kishan playing Bharat, and Vindu Dara Singh enacting the role of Hanuman. Many organisers blamed the Delhi government for not giving them enough time to prepare.