Ananya Panday was questioned for two hours by the Narcotics Control Bureau (NCB), which raided her Mumbai home and also seized her laptop and mobile phone. 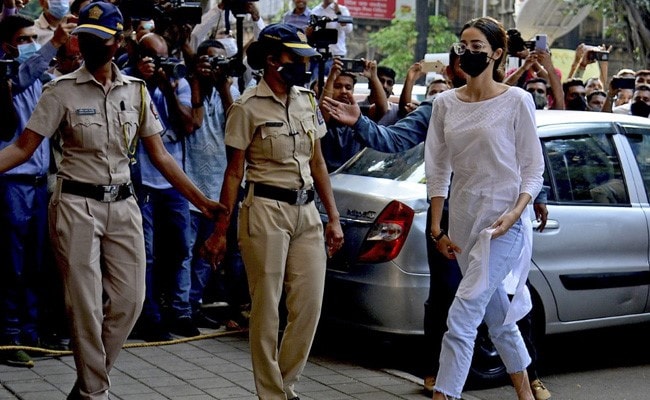 Ananya Panday has been summoned by NCB reportedly in connection with the drugs-on-cruise case.

Actor Ananya Panday has been summoned again for questioning today at 11 AM. Yesterday, she went to the NCB office with her father Chunky Panday, also an actor.

She was questioned for two hours by the Narcotics Control Bureau (NCB), which raided her Mumbai home and also seized her laptop and mobile phone in its investigations into the drugs-on-cruise case in which Aryan Khan and others were arrested earlier this month.

Ananya Panday's name reportedly featured in the WhatsApp chats of one of the accused in the case involving drugs seized during a rave party on a cruise on October 2.

The 22-year-old debuted in films in 2019 and is counted in Bollywood's big league.

Here are the LIVE updates on Drugs-On-Cruise Case:

She has been called again on Monday morning, questioning will be done. Further procedure will take place: Ashok Mutha Jain, NCB DDG

"I've no such info as of now," says Ashok Mutha Jain when asked if the actor gave any info regarding numbers of drug peddlers sent by Aryan Khan. pic.twitter.com/GU1wZV53Cr 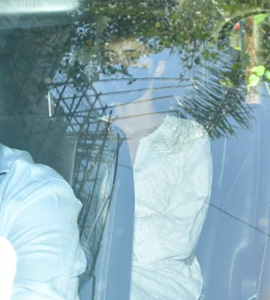 As per the NCB sources, Ananya denied the allegation of supplying drugs to Aryan Khan, who is an accused in the case, and said that she has never consumed the drugs.
Oct 22, 2021 10:48 (IST)
Ananya Panday's Questioning By Anti-Drug Agency To Continue Today
Actor Ananya Panday has been summoned by the Narcotics Control Bureau (NCB) reportedly in connection with the high-profile drugs-on-cruise case which has Bollywood superstar Shah Rukh Khan's son Aryan as one of the accused.