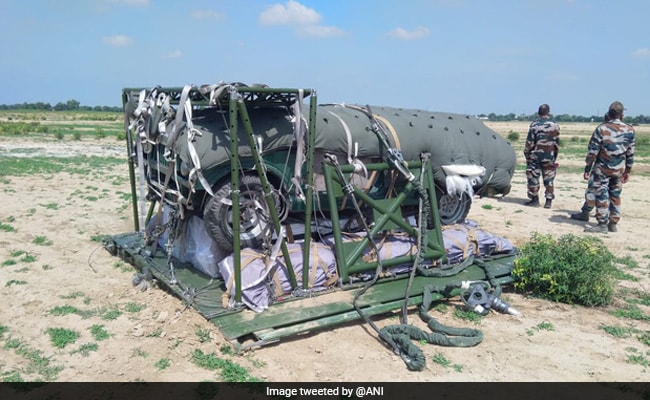 This system is fully indigenous and being manufactured by L&T

DRDO has developed P7 Heavy Drop System which is capable of para dropping military stores up to 7-ton weight class from IL 76 aircraft.

This system has been made under the Make in India programme.

"As part of mandatory requirement prior to accord Bulk Production Clearance (BPC), joint team of Indian Army, IAF and ADRDE conducted validation Trials at Agra today, on two systems, which were dropped from IL76 ac from an altitude of 600 mtrs at 280 kmph speed. The store landed safely with the help of cluster of five large size parachutes (750 sqm each)," according to a release by DRDO.

The system would be a force multiplier for armed forces, while enabling the rapid delivery of combat store in the far flung inaccessible areas.

"The system has been manufactured with 100 per cent indigenous ferrous/non ferrous materials. Engineering textiles for Parachutes have been developed with the latest combination of Fluorocarbon and Silicon treatment to provide water/oil repellency and improved abrasion resistance," read the release.