"Dramatic Breakthrough": WHO On Fall In Infant Mortality Rate In India

Ending preventable newborn and child deaths has been one of the WHO South-East Asia Region's flagship priorities since 2014. 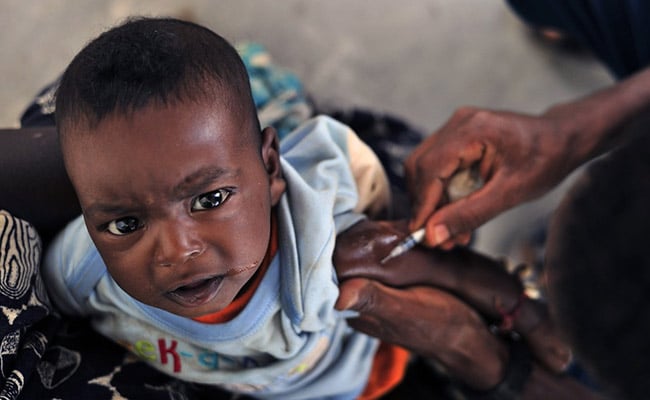 Lauding India's efforts leading to a fall in under-five mortality counts to below one million, the World Health Organization (WHO) said on Wednesday that the feat was possible due to a series of initiatives, including administering every child with life-saving vaccines under 'Mission Indradhanush'.

WHO Regional Director for South-East Asia Poonam Khetrapal Singh said as outlined in a report released by the UNIGME, India's share of global child deaths has reduced from 22 per cent in 2012 to 18 per cent in 2017 -- a rate that outpaces the global decline.

"India's remarkable achievement was made possible via a series of initiatives the Health Ministry has taken in recent years, including to vaccinate each and every child with life-saving vaccines under Mission Indradhanush and to expand the reach of diarrhea and pneumonia management across the country, with a focus on vulnerable and hard-to-reach populations," Poonam Singh said.

Reacting to the WHO statement, Union Health Minister JP Nadda tweeted, "I congratulate my team in @MoHFW_INDIA & our states for their continuous efforts to reduce #childdeaths. Under the guidance of Hon PM @narendramodi Ji our ministry is focusing on regular regular vaccination & Institutional deliveries (sic)."

Given recent reductions, the global percentage of under-five deaths that occur in India is commensurate with the percentage of global births the country accounts for (18 per cent), and represents a "dramatic breakthrough" for India, the WHO South-East Asia Region and the world, Ms Singh said.

She said that India's gender gap in child survival is now almost four times less than what it was five years ago, reflecting substantial advances in gender equity that the country can continue to build on, precisely as it has built on its successes in a range of other areas.

"As India's progress continues - including by concentrating on reducing neonatal deaths, which now account for 62 per cent of under-five deaths - there is immense potential to go beyond ensuring children simply survive but can also thrive and enjoy their right to the highest attainable standard of health and wellbeing," Ms Singh said.

As outlined in the global strategy for women, children and adolescents' health, among other priorities that means ensuring access to adequate nutrition and early childhood development services, at the same time as continuing to increase vaccination coverage for all.

Ending preventable newborn and child deaths has been one of the WHO South-East Asia Region's flagship priorities since 2014.

"WHO is committed to supporting India and the Region consolidate the significant gains made in recent years, to accelerate further progress, and to ensure healthy lives and promote wellbeing for all at all ages," Ms Singh said.

The report also said three infants die every two minutes on an average in India due to lack of access to water, sanitation, proper nutrition or basic health services.

About 8,02,000 infant deaths were reported in India in 2017, the lowest in five years, but the infant death numbers still remained the highest in the world, according to the report.