Ayodhya verdict: "I am not satisfied with the verdict. The Supreme Court is indeed supreme but not infallible," said AIMIM chief and MP Asaduddin Owaisi 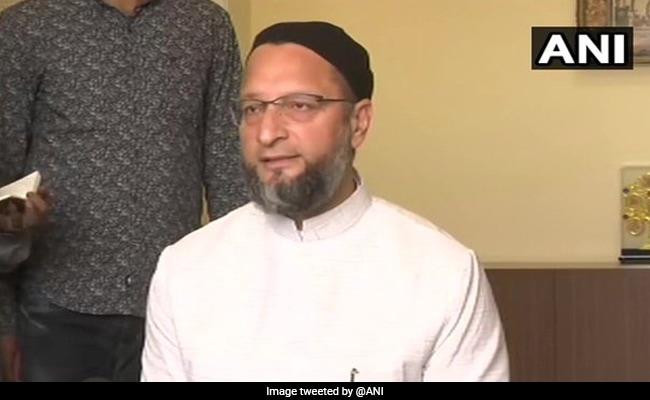 AIMIM chief and MP Asaduddin Owaisi today said he was not satisfied with the top court on the Ram Janmabhoomi-Babri Masjid land dispute case. "Supreme Court is indeed supreme but not infallible," he told reporters.

"I am not satisfied with the verdict. The Supreme Court is indeed supreme but not infallible. We have full faith in the Constitution. We were fighting for our legal rights. We do not need five-acre land as a donation," Mr Owaisi said.

He said he agreed with the All India Muslim Personal Law Board (AIMPLB) that they were not satisfied with the verdict.

Commenting on the Supreme Court's direction to allot five-acre land for construction of a mosque in Ayodhya, Mr Owaisi said, "We were fighting for our legal right. In my opinion, we should reject this five-acre land offer. Don't patronise us."

The Supreme Court today directed the centre to give five acres of land to the Sunni Waqf Board and at the same time make arrangements for the construction of the temple at the site by forming a trust.