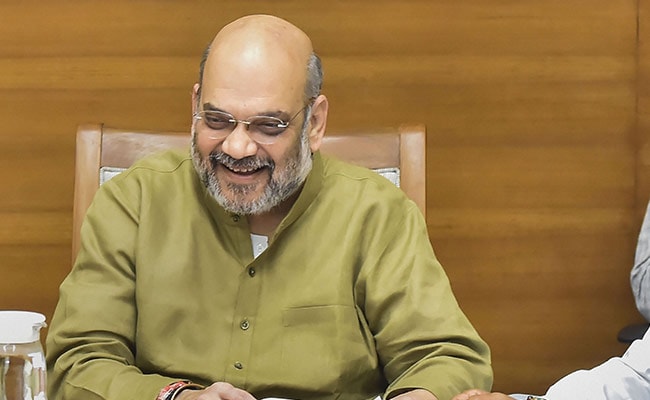 Home Minister Amit Shah today welcomed the Supreme Court judgement on the Ram Janmabhoomi-Babri Masjid title suit, saying the order will prove to be a milestone and further strengthen India''s unity and integrity.

In a series of tweets, Mr Shah appealed to all communities and religions to accept the decision of the top court with ease and remain committed to "one India, great India".

"I welcome the Supreme Court's unanimous decision on Shri Ram Janmabhoomi. I appeal to people of all communities and religions to accept this decision with ease and remain committed to our resolve of Ek Bharat-Shreshtha Bharat," he tweeted in Hindi.

"I am confident that this landmark judgement given by the Supreme Court will prove to be a milestone in itself. This decision will further strengthen India's unity, integrity and great culture," he said.

Mr Shah said the legal dispute over the site at Ayodhya has been going on for decades and the top court has finalised with this decision now. "I congratulate the justice system of India and all the justices," he said.

"I express my gratitude to all the organisations, Sant Samaj of the entire country and countless unknown people who have tried it for so many years," he said.

In an unanimous verdict, the Supreme Court today paved the way for the construction of a temple at the site at Ayodhya, and directed the centre to allot an alternative 5-acre plot to the Sunni Waqf Board for building a mosque at a "prominent" place in the town in Uttar Pradesh.

In one of the most important and anticipated judgements in India's history, a five-judge Constitution bench headed by Chief Justice of India Ranjan Gogoi put an end to the more than a century old dispute that has torn the social fabric of the nation.