Debashree Chowdhury was appointed as the Union Minister of State for Women and Child Development in Prime Minister Narendra Modi's new cabinet today. 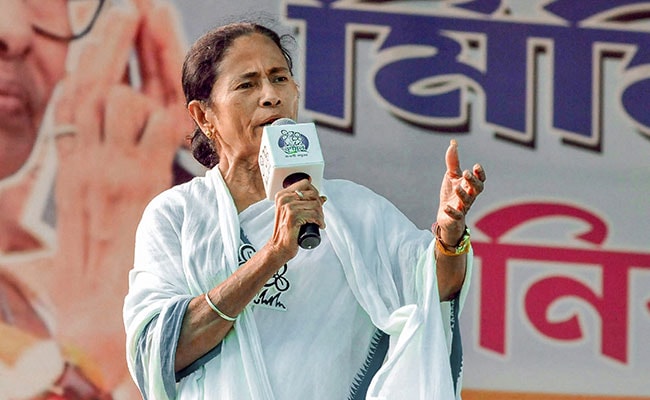 The BJP dealt a severe blow to Mamata Banerjee's Trinamool Congress in the Lok Sabha elections.

Union Minister Debashree Chowdhury today warned Bengal Chief Minister Mamata Banerjee that she will face a severe backlash if her government tries to prevent central initiatives from reaching people in her state.

"I want to work on the basis of mutual understanding with the state government, and expect no hindrance from the Bengal government when it comes to implementing central projects in line with the rest of the country. If the state government tries to hamper our flow of work, the people of the state will remove those impediments," said Ms Chowdhury, who was elected to the Lok Sabha from Bengal's Raiganj in the just-concluded Lok Sabha elections.

The BJP leader was appointed as the Union Minister of State for Women and Child Development in Prime Minister Narendra Modi's new cabinet today. "Women empowerment is a flagship project of the new government. The previous NDA government had also focused on development of women. Our aim will be to achieve our targets in terms of women development in the next five years," news agency IANS quoted her as saying. 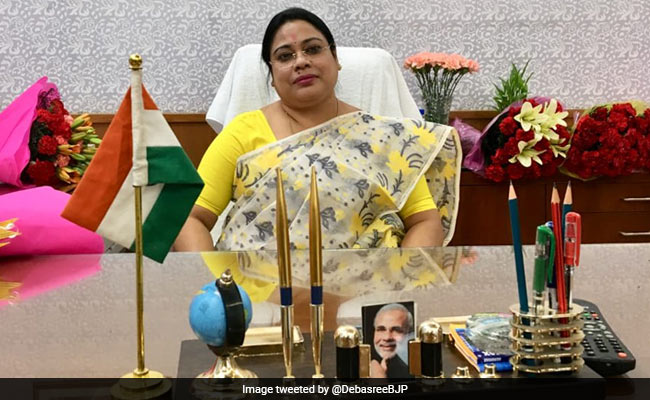 Debashree Chowdhury was appointed as the Union Minister of State for Women and Child Development in Prime Minister Narendra Modi's new cabinet today.

Ms Chowdhury admitted that the road ahead would be a challenge. "But I accept it. I will try to do as much work as possible," she said.

The two BJP leaders from West Bengal to be included in PM Modi's cabinet this time are Asansol parliamentarian Babul Supriyo and Ms Chowdhury. Babul Supriyo, a singer-turned-politician, has been appointed as the Minister of State for Heavy Industries and Public Enterprises.

The BJP, which won 18 seats in the eastern state in the just-concluded Lok Sabha elections, has said that the Mamata Banerjee government will not survive till 2021.