The two-day itinerary for Donald Trump, who has said the trip "is going to be very exciting," includes a state dinner at the Rashtrapati Bhavan hosted by the President Ram Nath Kovind, a quick trip to the Taj Mahal and, the mega event in Ahmedabad, according to a senior US administration official. 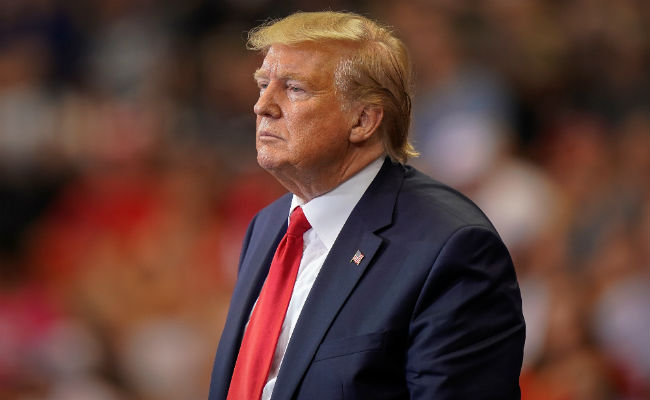 Amid the pomp and ceremony of an official visit next week, US President Donald Trump will take time to meet with Indian companies investing in manufacturing in the US, which will showcase India's contribution to his grand plan of revitalising his country's industrial base, a core of element in his election platform.

The two-day itinerary for Donald Trump, who has said the trip "is going to be very exciting," includes a state dinner at the Rashtrapati Bhavan hosted by the President Ram Nath Kovind, a quick trip to the Taj Mahal and, the mega event in Ahmedabad, according to a senior US administration official who briefed the media on Friday.

The official said that after President Trump arrives in Ahmedabad on Monday, he will speak at the Sardar Patel Stadium and after that, he and First Lady Melania Trump will go with Prime Minister Narendra Modi to Agra to visit the Taj Mahal.

They will then fly to New Delhi for an overnight stay and then begin a hectic day of programmes on Tuesday when ceremonial and formal events are lined up.

President Trump will have bilateral meetings with PM Modi, meet with President Kovind and attend the state dinner.

He is also scheduled to have a meet-and-greet with the staff of the US embassy.

In between, he will participate in business events with Indian investors "with a special focus on companies that are investing in manufacturing in the US," the official said.

With the trade agreement between India and US held up, the meeting will be an opportunity for India to show its contributions to reviving manufacturing in the US.

Briefing reporters about the visit, a senior administration official told news agency IANS, "The Make in India push of the Indian government ... has made the protectionism concerns even more of a concern to us."

The official said that while a trade agreement was not coming during the trip, it was likely that some memorandums of understanding or some other documents dealing with defence, energy and trade maybe signed, but did not have any details.

More than 110,000 people are expected to participate in the Sardar Patel Stadium event and it will be one of the biggest crowds that Donald Trump, who has a penchant for numbers and records, will address.

Excited about the size of the crowds expected, he said earlier this month, "When we have 50,000 people nowadays (in the US), fellas, I'm not going to feel so good."

He claimed that PM Modi told him that between the stadium and the airport "we'll have about 7 million people."