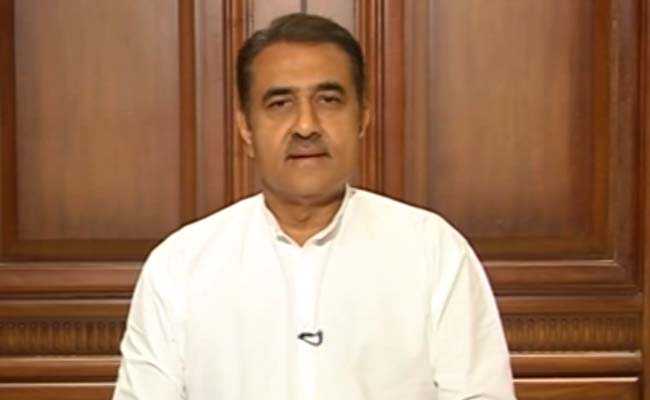 NCP leader Praful Patel on Saturday said that newly sworn-in Maharashtra Deputy Chief Minister Ajit Pawar going with BJP is not NCP's decision as party supremo Sharad Pawar does not extend any support to it.

"This is not NCP's decision and does not have Sharad Pawar saheb's support," said Praful Patel.

"Ajit Pawar's decision to support the BJP to form the Maharashtra Government is his personal decision and not that of the NCP. We place on record that we do not support or endorse this decision of his," Sharad Pawar tweeted.

In an overnight development, BJP's Devendra Fadnavis earlier this morning took oath as the Maharashtra Chief Minister for the second consecutive term while Ajit Pawar took oath as Deputy Chief Minister of the state. The oath was administered by Governor Bhagat Singh Koshyari to Mr Fadnavis and Mr Pawar at Raj Bhawan.

NCP's Sharad Pawar joining hands with BJP to form a government came as a big jolt to the efforts by Congress, NCP and Shiv Sena to cobble an alliance to bereft BJP of power corridors.

The move came at a time when deliberations between Congress, NCP and Shiv Sena seemingly reached the final stage on Friday.

The BJP, which emerged as the single largest party, could not stake claim to form a government as its ally Shiv Sena remained firm on rotating the Chief Minister's post and equal sharing of cabinet berths.

Shiv Sena parted its ways with BJP to explore ways to form a government. It, however, failed to prove the support of the required number of MLAs in the time given by state Governor Bhagat Singh Koshyari.

The Governor had then invited NCP, the third-largest party, to prove its ability to form the government. However, the party failed following which President's Rule was imposed in the state.