Uttar Pradesh, which is home to 20 crore people, is one of India's poorest states, and long waits are common for even minor treatments. 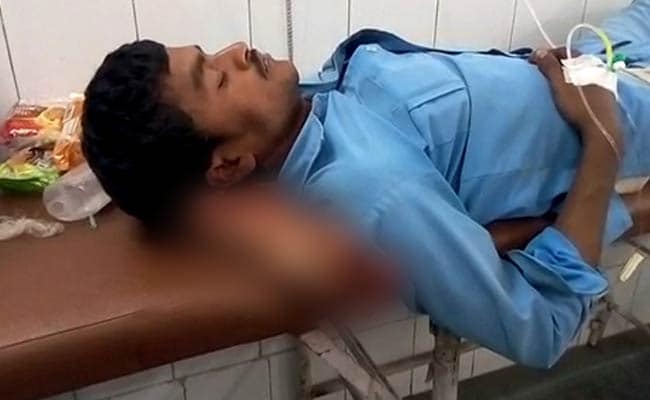 The incident happened at the state-run Jhansi Medical College hospital

New Delhi: Two doctors of a government hospital in Uttar Pradesh have been suspended and the authorities launched an investigation after a patient's severed leg was used as a pillow to prop up his head, a hospital official said Sunday.

Administrators at the state-run Jhansi Medical College hospital vowed "strict action" after images emerged showing the patient on a stretcher with the amputated limb being used as a headrest.

"We have set up a four-member committee to find out who put the severed leg under the patient's head," said Sadhna Kaushik, principal of the Maharani Laxmibai Medical College and Hospital in Jhansi, told news agency AFP.

"Strict action will be taken if our staff is found at fault," she said.

Two doctors have been suspended pending investigation, she added.

The man, identified as 28-year-old Ghanshyam, was seriously injured in a bus accident.

His relatives told the NDTV that hospital staff ignored their requests that Ghanshyam, who goes by one name, be given a pillow.

"When we reached the hospital, we saw his leg being used as a headrest," Janaki Prasad, a relative, told NDTV.

"I repeatedly asked the doctors to intervene but they refused," Ms Prasad added, saying Ghanshyam's relatives eventually bought a pillow from a local market.

Dr Kaushik said the patient was given "immediate" medical attention and one of his relatives placed the leg under his head, the Press Trust of India reported.

"The doctor looked for something to raise his head. The patient's attendant used the leg," she told news agency PTI.

Uttar Pradesh, which is home to 20 crore people, is one of India's poorest states, and long waits are common for even minor treatments.

Promoted
Listen to the latest songs, only on JioSaavn.com
Medical negligence is not uncommon either.

Last year, dozens of children died in a single week at a government hospital in Uttar Pradesh that suffered oxygen shortages. And an unlicensed doctor was arrested last month for allegedly infecting at least 46 people with HIV by re-using a syringe.
Comments
Uttar PradeshJhansi