Parliamentary Affairs Minister Pralhad Joshi had said he had contacted floor leaders of various political parties and "they have expressed their concerns about the ongoing pandemic and opined of doing away with winter session". 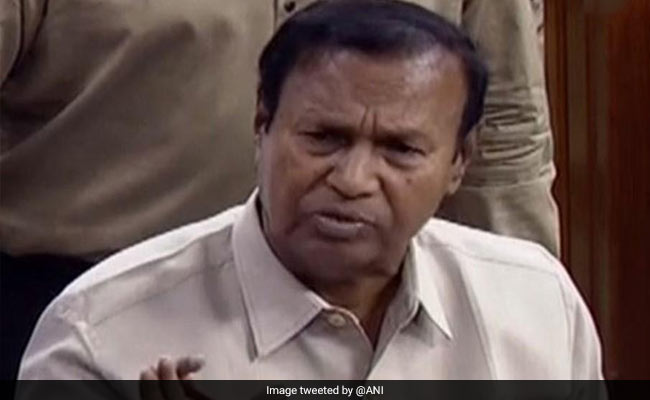 TR Baalu alleged the government did not consult opposition parties on the matter.

The DMK on Thursday slammed the Centre for its decision to not to hold the winter session of Parliament in view of the COVID-19 pandemic and charged it with having a "big brother" attitude by "ignoring" opposition parties on such matters.

DMK MP and its Parliamentary Party Leader TR Baalu said that while issues like the ongoing farmers'' protest and border row with China had to be discussed in the Parliament, "it is very concerning that the Central BJP government does not want to hold the winter session."

Mr Baalu alleged the government did not consult opposition parties including the DMK on the matter which was not acceptable.

The government had earlier conveyed to the opposition that the winter session of the Parliament will not be held this year due to the COVID-19 pandemic and that the Budget session will be convened in January 2021.

Parliamentary Affairs Minister Pralhad Joshi had said he had contacted floor leaders of various political parties and "they have expressed their concerns about the ongoing pandemic and opined of doing away with winter session".

In a statement on Thursday, Mr Baalu said, "on  behalf of DMK, I strongly condemn the cancelling of the winter session of the Parliament by the BJP government citing corona pandemic."

Issues like the Indo-China border row and the protest by farmers against the three farm laws enacted by the Centre were waiting to be discussed, he said, adding even the Supreme Court had come forward to seek a solution to the ryots'' agitation, being held outside Delhi for three weeks now.

"When the Supreme Court itself is coming forward to seek a solution amid an abnormal situation, it is condemnable that the elected government has cancelled the session," he said, pointing out that the top court had also noted that the farmers'' protest could soon turn into a ''national issue''.

Observing that the Centre''s talks with the protesting farmers have "not worked apparently" and were bound to fail, the top court had on Wednesday stepped in and indicated forming a panel to break the deadlock, a move dismissed by the farm leaders as no solution.

Mr Baalu further said democracy was the country's "heart" and it was beating due to meaningful debates in Parliament but "Prime Minister Narendra Modi doesn''t seem to realise it."

"The ruling party and the opposition are the two wheels of India''s powerful democracy. But democratic ethos are being crushed ever since the BJP came to power," he charged.

The Centre should stop its "big brother attitude" of ignoring the opposition and "return" to the path of consensus of views and democracy, Mr Baalu said.