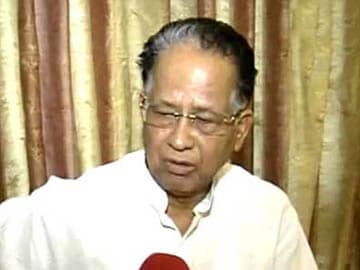 Guwahati: Two ministers have been sacked and the resignation of the chief rebel has been accepted. And with that the Congress hopes to have quelled the latest rebellion in its Assam unit against Chief Minister Tarun Gogoi.

Monday's crackdown on dissidents by Tarun Gogoi - backed firmly by the Congress high command, specifically Rahul Gandhi  - seeks to send the message, sources said, that the rest of the rebels must fall in line and reconcile with the Chief Minister.

The party has reportedly taken a serious view of the rebels, led by Mr Gogoi's number 2 Himanta Biswa Sharma,  meeting the Governor to express "no-confidence" in the chief minister. The ministers sacked -  Irrigation minister Ardhendu Dey and Border Areas minister Siddique Ahmed -  have been charged with "going against" the government and also with "anti-party" activities. Mr Gogoi officially conveyed the decision to Governor JB Patnaik yesterday.

The resignation of Mr Sharma as Health and Education Minister was accepted with words of praise for him. The Congress said his "contribution is valued by Sonia Gandhi and Rahul Gandhi." Mr Sharma has powerful backers in the central leadership, but a controversial past could rule him out as a replacement for Mr Gogoi, should the Congress need one.

For now the Congress is said to be clear that it will not change the leadership in Assam in a hurry or under duress.

It is expected to take a similar view on rebellion in other states like Maharashtra, where a senior leader Narayan Rane is in a public sulk over not being projected as the party's chief ministerial candidate for the state elections later this year.

Promoted
Listen to the latest songs, only on JioSaavn.com
Mr Sharma and other rebels have targeted Mr Gogoi for long now, but the protests grew louder after the party's poor show in the general elections this year. They have blamed Mr Gogoi's leadership for the Congress' three of 14 Lok Sabha seats in the state and said they feared a repeat in state elections due in less than two years.