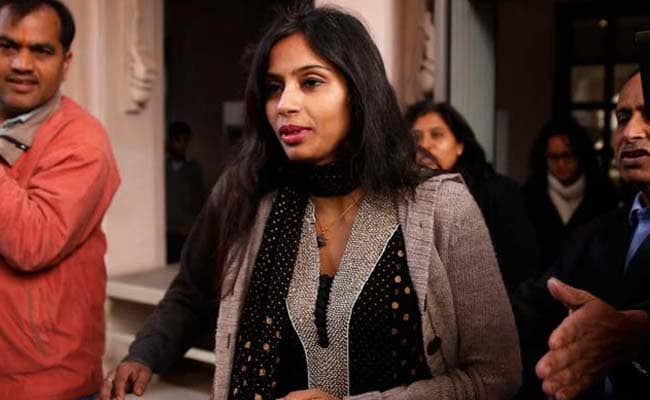 New Delhi: A week after diplomat Devyani Khobragade spoke to NDTV about her arrest and strip search in the US, the Ministry of External Affairs has stripped her of her duties as director in the partnership development division. The ministry has said that Ms Khobragade did not take due permission before making statements and put her under "compulsory watch".

Sources say that the administrative action was taken against Ms Khobragade also because the ministry is "miffed" with the IFS officer for not disclosing that her children have US passports. She is facing a vigilance inquiry over the issue, which she staunchly defended in her interview to NDTV.

"Some false reports have come in the newspapers that there is some illegality around my children's passports and that I hid a fact that my children have American passports. There is nothing of that sort, I myself informed the government that my kids were born in the US and are considered US citizens," Ms Khobragade told NDTV. (Watch the Full Interview) | (Highlights)

Speaking about the allegations against her of falsifying documents by the judicial panel that investigated the Adarsh scam, Ms Khobragade said, "My father never handled the Adarsh file, therefore he never violated any of the service rules. The CBI has now closed its inquiry and neither my name nor my father's name figures in that report. So that rests the allegations of corruption and wrongdoing."

Ms Khobragade, a 1999 Indian Foreign Service officer and mother of two daughters, was arrested and strip-searched in New York in December last year on charges of ill-treating her domestic help. The incident had strained the relations between two countries.

Promoted
Listen to the latest songs, only on JioSaavn.com
Both Ms Khobragade and the Indian government have denied those charges. Ms Khobragade has now returned to India.