Somnath Malo was a member of the Indian contingent that won 22 medals in the 2002 FESPIC Games in Busan, South Korea. He won one gold in high jump. 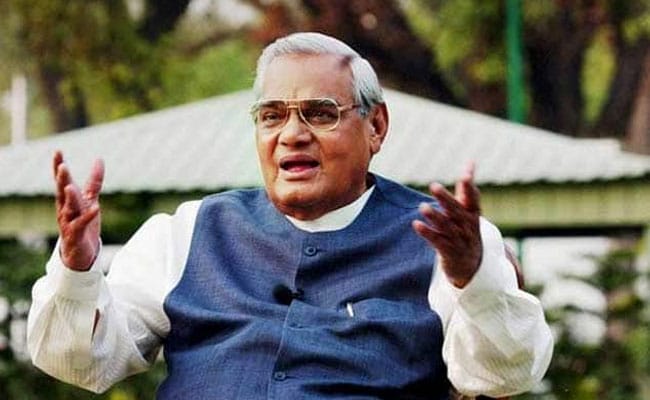 Atal Bihari Vajpayee had invited the victorious Indian team for dinner at his residence.

Although 16 years have gone by, differently-abled athlete Somnath Malo still fondly remembers the evening he had dinner with former prime minister Atal Bihari Vajpayee, who died on Thursday.

Somnath Malo, who hails from Nadia district of West Bengal, was a member of the Indian contingent that won 22 medals - three gold, nine silver and 10 bronze - in the 2002 FESPIC Games in Busan, South Korea. He had won one gold in high jump.

Mr Vajpayee had invited the victorious Indian team to dinner at his residence. "He called me to sit beside him. Then, he asked me where did I stay and how my leg got defunct. I vividly remember his smiling face as he had dinner with us," Somnath Malo said, reminiscing that evening.

The team was invited to Delhi about 20 days after its return from Busan. The Ministry of Sports had arranged a felicitation ceremony, following which the team members were taken to Mr Vajpayee's residence for dinner.

"At that time, I was unable to speak Hindi. Vajpayee ji realised it and was smiling, patting my back. He was such a simple man that I did not feel I was sitting beside the prime minister and talking to him," Mr Malo said, who was all of 20 back then and the youngest in the team.

The athlete, who recently joined a school as a non-teaching staff, said Atal Bihari Vajpayee had advised him to practice well and not to hesitate if any help was required.

The former prime minister died at the AIIMS hospital in Delhi on August 16 at the age of 93, following a prolonged illness.